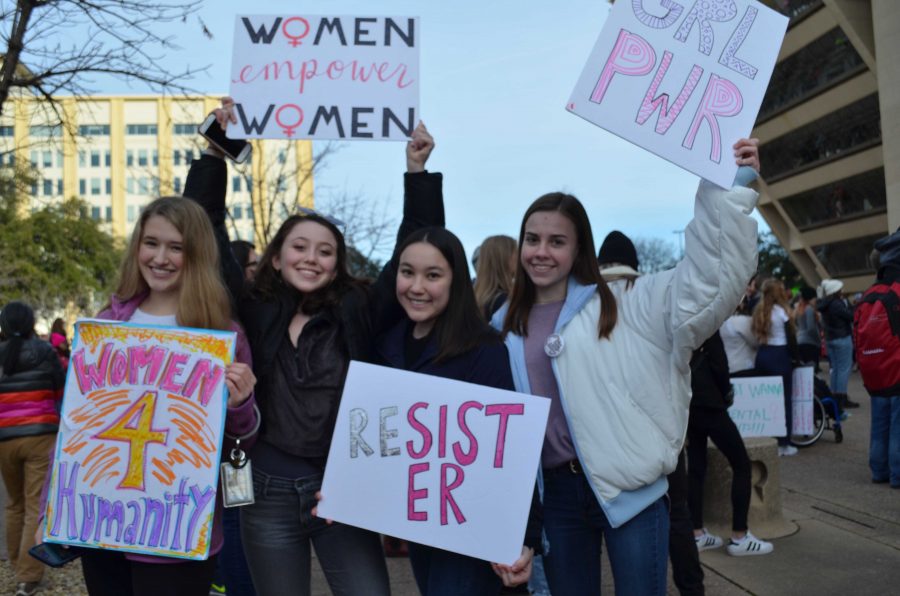 This year marks the third successful Women’s March in Dallas, where thousands of women congregated to celebrate women and their accomplishments. According to state Rep. Rhetta Andrews Bowers, D-Rowlette, who organized the march, the goal of the march is to “empower women.”

The majority of current controversy centers around one leader’s association with anti-semitism, through her perceived support of Louis Farrakhan, a figure the Anti-Defamation League calls “virtually synonymous with anti-semitism”. However, The New York Times reports that tension between the leaders of the Women’s March has existed since the start of the movement, in 2016.

Despite the backlash, several Hockaday students attended the march in downtown Dallas on Jan. 20 and had varying experiences, but generally agreed on the power and benefits of the march.

Junior Phoebe Sanders believes that marches are beneficial in that they spread awareness for social issues. This was Sanders’ first time attending the Women’s March.

“I think that marches are a great way to get publicity for really important issues. I definitely think there are some more direct ways to influence government. You can sign a petition or start a nonprofit but marches are really important because it kind of rallies a bunch of people together and makes them feel supported.”

Junior Anika Bandarpalle chose not to attend the march this year, but attended in 2018. The recent controversy regarding the leaders and organization of the march ultimately made her decide to not attend.

“I decided not to go this year because I know there was a lot of controversy,” Bandarpalle said. “I was just unsure this year and it’s kind of disappointing because I think all this controversy is weakening the movement, a movement that started off so amazing.”

Bandarpalle thinks that activism in the form of marches is powerful, even though she chose not to go this year.

“With every kind of successful social movement, like the civil rights movement or the LGBT movement, there have been accompanying marches and I think that says something about their effectiveness,” Bandarpalle said.

Sophomore Barbara Lou attended the Women’s March for the first time this year, and she was impressed by the level of dedication that the marchers showed.

“There were high schoolers who were passing out flyers who created social media accounts to educate people about the topic,” Lou said.

“It definitely shows the determination of the people marching. It’s a way to show you care,” Lou said.

Isabel Schaffer, who attended the Women’s March for the first time this year, believes marches are a great form of political advocacy because they are accessible for a majority of people.

“Marches are a good way for younger people who can’t necessarily vote on issues to get involved in the community to try to make change,” Schaffer said.

Recently, many teenagers have been getting involved in activism, even creating organizations like the March for Our Lives.