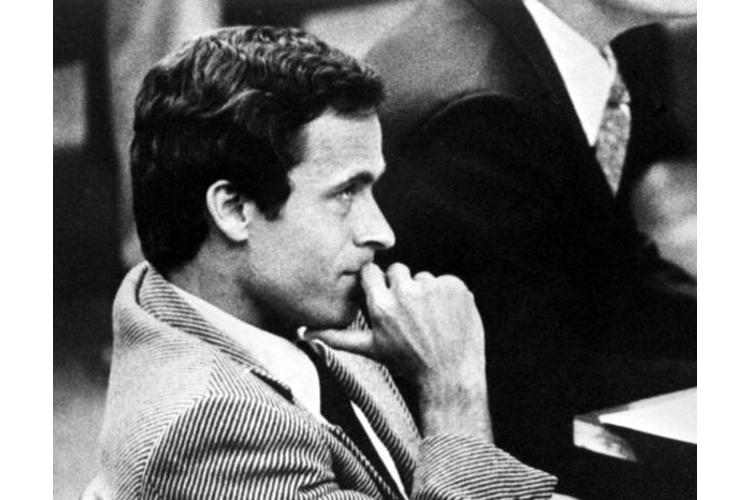 With the release of “Conversations with a Killer: The Ted Bundy Tapes”, and the Netflix original show, “You”, serial killers have been transformed into celebrity monsters.

Despite what the title leads us to believe, “Conversations with a Killer” is not, in fact, extremely wicked, shockingly evil and vile.

The documentary doesn’t offer much insight into his mind; in fact, Stephen Michaud, the journalist who had interviewed Bundy, says in the first episode that Bundy treated the tapes like a “celebrity bio”, avoiding the subject of the murders.

Bundy narrates some sections, but most of the information comes from third-party interviewees, who mostly give us facts about the murders, but do not provide any new information that a quick Google search couldn’t tell you.

The parts that do show his conversations with Michaud, however, are desperately bland. “I was somewhat of a frogman,” Bundy said, droning on about his seemingly idyllic childhood.

While I found Bundy’s dry monologue boring, I was interested in the way Bundy had framed his life. The documentary series shows an intriguing comparison between Bundy’s description and that of Sandi Holt, Bundy’s childhood friend.

On the other hand, “You”, successfully offers a unique perspective on obsessive relationships. As a drama, the show likely lacks scientific accuracy but was much more entertaining. I was fascinated by the way the show developed the relationship between main characters Joe Goldberg (Penn Badgley) and Beck (Elizabeth Lail).

I enjoyed how the show portrays Goldberg as someone we can relate to. Although we are later shown his descent into psychopathy, there are elements of his character with which we can identify. After his adorable meet-cute with Beck, he stalks her on social media, something we are all guilty of doing.

However, the story takes a darker turn as he creepily watches her, slowly transforming himself into her ideal partner. He begins to see himself as Beck’s savior, which, although fictional, offers more insight into his obsessive behavior than “The Ted Bundy Tapes”.

Although “You” romanticizes Goldberg’s killings, it develops his unhealthy relationship with Beck in an enlightening way, teaching us to realize that everyone has a story while exposing the creepiness of romantic comedies.

In fact, Joe Goldberg is the classic star of a romantic comedy. He’s funny, charming, thoughtful and a hopeless romantic. It’s no surprise that, despite his stalkerish frenzy, many audience members are attracted to his character. Many have also noted the similarities between Goldberg and Bundy.

We need to stop romanticizing psychopaths like Bundy and Goldberg. By glamorizing murderers, we feed into their superiority complexes and play into their fantasies while forgetting the real victims.

Few people remember the names of Bundy’s brutally murdered 30 victims, and even fewer can recall the family members affected. But we all know the name Ted Bundy, a cold-blooded killer whose name should not be eternalized.

Bundy himself would’ve loved the media attention his actions have garnered, and we need to stop reinforcing his grotesque arrogance. Stop calling Bundy “hot”. Stop tagging Goldberg “#bae”. Instead, let’s focus on how toxic masculinity manifests in violence against women. Let’s strive to shift the mentality of society to stop marginalizing women.

The overwhelming popularity of these two characters raises an important question: why are so many women attracted to serial killers?

According to neuroscientists Ogi Ogas and Sai Gaddam, authors of “A Billion Wicked Thoughts: What the World’s Largest Experiment Reveals About Human Desire”, virtually every serial killer receives love letters from female fans in prison.

They offer some explanations for our obsession with serial killers. Some people fantasize that the aggressiveness is temporary and that they can transform the character of the serial killer, revealing a “soft side”. Others hope to share the killer’s media spotlight.

Therapist Dr. Leon Seltzer also suggests that the desire stems from prehistoric instincts, from a time when it was crucial that women chose partners who could best provide for and defend them.

In an article on “Psychology Today”, Seltzer wrote, “In today’s society, women typically are far more independent and have the freedom to choose a partner based primarily on mental and emotional (vs. physical or material) needs. But if their hardwiring predisposes them to be attracted to alpha males, modern-day rationality can still be offset by primordial instincts having little or nothing to do with reason.”