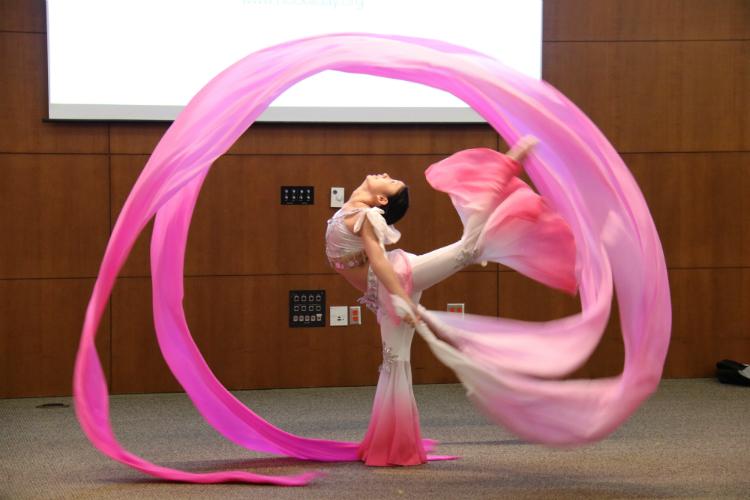 Countries in Asia celebrate two new years: one on Jan. 1 and the other also on Jan. 1, but on the Lunar calendar. Hockaday consists of various ethnic and racial groups, including those of Asian descent who celebrate this day. Hockaday held two major celebrations to honor Lunar New Year.

On Feb. 4, the Residence Department hosted a cultural dinner to celebrate the occasion.

Gary Stollar, Interim Director of Residence Life, believes that it is important to celebrate different cultures at Hockaday since boarding is an amalgam of students from all around the world. Since Asian students make up a relatively large portion of the boarding population, Stollar felt a need for an Asian holiday celebration.

“To me, we have to do some celebration for not just our Asian students, but the whole boarding population to share such an important celebration. For me, it’s about sharing culture and expanding our cultural horizons,” Stollar said.

In the past years, Hockaday and St. Marks hosted  the annual Lunar New Year celebration jointly.  Although Esther Bao, Upper School Mandarin Chinese teacher, attempted to organize one for this year, it was not practical due to scheduling conflicts.

Due to the lack of a school-wide Lunar New Year event, Stollar wanted to recognize and celebrate the holiday in boarding. To him, food is one of the many ways to expose students to a culture.

During this event, students enjoyed a dinner inspired by various Asian countries, such as China, Korea, Vietnam and more. With the diverse food offered at this dinner, students had a chance to taste their traditional dishes or try different cuisines for those who never had. At her home, sophomore Mia Xia always celebrated Lunar New Year, and she enjoyed how boarding and Sage Dining Service created a chance for her to relive that memory.

“It feels like [Sage Dining Service] put in as much effort as they do for other cultural dinners, which is a really nice thing to see especially when a lot of boarders are Asian students who miss home,” Xia said.

Stollar hoped this event will lay foundations for the following years. He sees “something much bigger, bringing other cultural elements” into these events, and wishes for a student-led organization, rather than him being in charge. With direct student involvement, students will truly share their experiences regarding cultural holidays.

Cathy Xu, Information Systems Manager and a mother of a lower schooler, organized the event to pass down the Hockaday tradition. In the past years, Lower School celebrated this occasion in their assemblies, and since she has a child in Lower School, she wanted to continue the legacy.

Also, she heard from many Asian heritage students who were interested in this event. Students wanted to participate in representing their own culture. She remembered Karen Coleman, Eugene McDermott Head of School, stressing the importance of multicultural opportunities and cherishing everyone’s heritage; thus, with the support from the students, parents, faculty and Randall Rhodus ‘97, Head of Lower School, she coordinated the event.

This Lower School assembly not only consisted of lower school students but also upper school. Bao and Xu saw talent in upper schoolers and invited them to join the assembly.

“Since we have [older] students involved, it’s a great opportunity for [lower school] to see the upper school sisters demonstrating something they learned in cultural programs,” Bao said.

Xu and Bao hope that this event would extend to middle and upper school. Ever since the last joint Hockaday-St. Marks festival two years ago, there had not been another celebration. By a school-wide celebration, students from diverse backgrounds can learn and experience a different holiday.

“The students with Asian heritage can celebrate their background cultures,” Xu said, “And for the kids who are new to the Asian culture, they also learn about what new year means to the Asian community around the world.”

Story and photos by Eugene Seong