Accepting What We Rejected: Confronting the Duke University Chinese Controversy 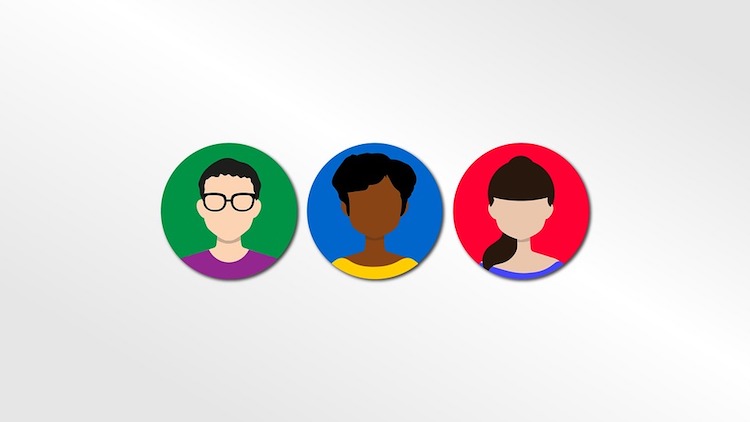 When was the last time someone told you to shut up?

For the Chinese students at Duke University, this question would be quite easy to answer: 14 days ago.

On Jan. 26, Duke University professor Megan Neely sent out an email titled “Something to think about”. In this two-page email, Neely started off by describing a complaint she received from two “separate faculty members” who accused a small group of first-year students of speaking Chinese VERY LOUDLY.

“Being so impolite,” Neely typed in her bold and underlined fonts, “as to have a conversation that not everyone on the floor could understand.”

Despite the obvious offensive wording in the email, reading this news gave me a weird but familiar reminiscence that brings me back to the earliest days when blending into my surroundings was still a challenging task. Stepping onto the American soil after 15 years in a different continent, I was beyond horrified by the potential alienation and exclusion I could have endured. Overcoming the barrier of unfamiliarity was a fearful and uneasy task, but I soon discovered that compared to true, rigid discriminations, the first few unfamiliarities were even insignificant.

It was three years after my initial arrival, and my confidence about my suitability of this new environment had just hit the summit. The old Chinese accent had almost disappeared, and I couldn’t help to not feel proud about how successful I was in eliminating my “Chineseness”.  From the relaxing chats with friends to the occasional calls I had to make for my parents, I adopted English as my second native language, and to some extent, even wished for it to replace my original mother tongue.

Summer soon came up on the calendar, and my family had already planned a trip around a few of the potential colleges I would be applying. For me, the trip itself was promising not only because of its refreshing nature but also because I could finally find myself another opportunity to experiment how “well” I could fit in – mostly language-wise.

Prompted and excited, I boarded the plane to St. Louis with my family. Squeezed on the rigid, uncomfortable seats, I managed to help my parents find their seats in an environment filled with chatter and instructions that they couldn’t understand. My mom, apparently not expecting the different arrangement of the carry-on spaces on American flights, was having trouble trying to lift the bags over her head. I leaned over the empty aisle and instructed her in Chinese. After everything’s settled, I sit back on my aisle seat.

But just as I was about to take out my headphones and book, someone landed a hard tap on my left shoulder. I turned around confusingly, but my confused sight encountered a middle-aged woman’s angry stare.

“SSSHHH! Can you guys keep it down?”

My brain, still a bit confused from this sudden order, processed neither her condescending tone nor the rude nature of this sentence at that moment. After a soft nod, I turned around and maintained the “peace” during the rest of the flight. To my father’s questioning looks and my mother’s inquiries about why I wouldn’t eat, I responded with movements instead of language. My last impression of that flight remained on the woman’s half-browned platinum blonde hair waving right in front of my face as we descended from the plane, but my old confidence about my “familiarity” slowly collapsed as I stepped out of the aircraft.

My relaxing family trip ended up being a salvation trip filled with self-doubt. At first, I could not understand the origins of the sudden rudeness after thousands of replays of the scenario: I was far from a loud talker, and neither was I blocking anybody’s way. So what exactly triggered that woman’s detestation, and what exactly annoyed her so much that she decided to let out a bucket of judgements on an 18-year-old girl?

But now, I’ve found the answers reading the email wrote by Professor Megan Neely. From the accusations to the unnecessary warnings, every line in that email is, ironically, yelling out the same tremendous fear. In the email, I see a similar fear of not understanding the environment and identical worries of encountering unfamiliar words. From Neely’s accusations to the unnamed woman’s commands on my flight, these people share exactly the same thing – that is, a terror of approaching something they don’t understand.

Although I’ve tried my best tackling unfamiliar events, I still cannot overcome the true barrier of other people’s judgements. I tried to conquer and overcome my unfamiliarity, but the lady on the plane to St. Louis has proven my failures. The professor at Duke University tried to avoid and banish the foreign unfamiliarity, but was she successful?

Globalization is progressing, and our world is advancing with the speed beyond our imagination. With such a tremendous amount of differences, neither avoidance nor conquering will be the truly successful opinion. It’s time for us to be open-minded and confront what we fear instead of being its adversary.

Confronted with the publicity that followed her controversial email, Neely resigned from her position at Duke.