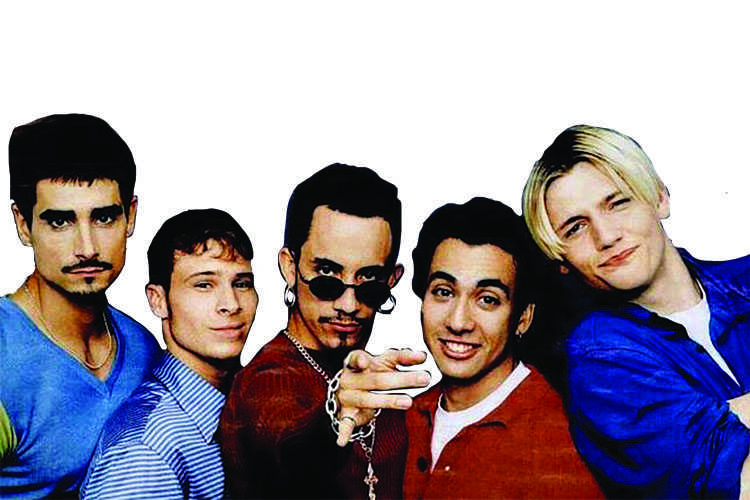 I would say that most of the American population knows the song “I Want It That Way” by the Backstreet Boys. To be frank, that’s the only song I know by them. Even though they’ve been around for almost 30 years, the Backstreet Boys released a new album titled “DNA” on Jan. 25.

Comprised of five band members, the Backstreet Boys have an signature style that very much caters to their fans from decades ago. I didn’t expect to hear songs that would be hits on the radio, but I was proven wrong.

The first song on the album, “Don’t Go Breaking My Heart,” very much surprised me. I was expecting this new album to cater to their 80s and 90s music fans, but I was met with a pleasing combination of pop, more electronic sounds and harmony with some falsetto thrown in. The lyrics are a tad repetitive, but overall it is a good start to the album. It certainly introduces their new, modern take.

“Nobody Else” almost sounds EDM-esque. It’s very catchy—I’m visualizing a music video full of cars driving on a path overlooking the ocean, yearning looks and scenes of beach parties. The beat is hypnotizing and the sounds are whimsical. This is definitely a good song to jam along to in the car.

“Breathe” has some acapella group vibes. With rhythmic snapping and deep harmony combined with isolated voices, it sounds like something that would be performed in “Pitch Perfect” or “Glee,” and I like it. It’s not something that I would listen to regularly, but definitely an interesting break from the pop theme of the other songs.

“Is It Just Me” sounds like all of the songs that are in the background of teenage rom coms. Although it’s nothing special, it would definitely tug at the heartstrings of viewers if it was the background of a sappy romance scene.

“Chances” reminds me greatly of songs by One Direction from early 2010, which were usually very yearning and addressed to a unnamed girl. This song was actually co-written by Shawn Mendes, which probably explains the similar style to his songs.

For some reason, “Chateau” made me tear up. It showcases the harmony of the band members’ voices, which, when combined with lyrics like “baby I want you back,” emit a very melancholy tone. This would be a good addition to a playlist of “sad” songs.

“DNA” proves that old dogs can still learn new tricks—or in this case, old bands can switch up their image. I’m not a fan of “old” music, but there isn’t one song on this album that I would consider old. Every song is surprisingly modern, with elements that one wouldn’t expect, like a cappella or electronic notes.

When listening to this, put the image of the old Backstreet Boys out of your mind and listen with open ears—you’ll be pleasantly surprised. Though some songs may be a little unoriginal in tone, there are a few gems that might become your new favorite.