Look On the Upside 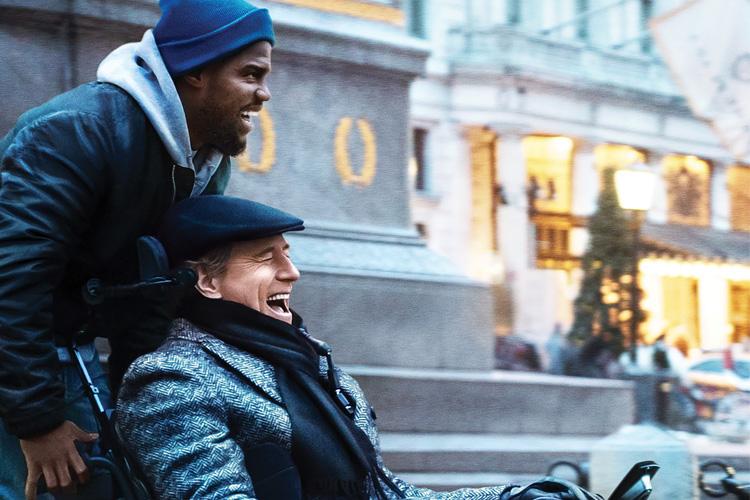 Five years after the French movie “Les Intouchables” took the world by storm, “The Upside,” an English remake of the wildly successful film, underwhelmed box offices across the country in comparison. “The Upside” follows the unlikely friendship of Phillip (Bryan Cranston), a wealthy quadriplegic, and Dell (Kevin Hart), a ex-convict with a questionable past, after a paragliding accident leaves Phillip in need of a caretaker. Dell is also in need of help—his parole officer has forced him to get a job.

Phillip is introduced to viewers as cranky and miserable, wallowing in self-pity from within the walls of his multi-million dollar penthouse; Dell, on the other hand, appears uncultured yet street-savvy as he obnoxiously hustles his way through life. Dell is an obvious misfit in the luxurious world of Phillip. After Phillip’s personal assistant Yvonne (Nicole Kidman) reluctantly hires Dell at Phillip’s command, she is tasked with the burden of preparing the inexperienced troublemaker. And while Phillip chose Dell as an act of rebellion at first, a friendship begins blossoming between the two.

The first hour of the film, though it is the most action-packed, consists of Yvonne regretting her decision in hiring Dell. He is utterly incapable of assisting Phillip with the most basic of his health needs, and Phillip’s early admiration of the recklessly motivated Dell comes as a shock to the pristinely-depicted personal assistant. But the very character traits that appall Yvonne bring light back into Phillip’s life, and he is constantly amused by Dell’s outlandish actions.

Bryan Cranston convincingly inhabits the role of Phillip as he seamlessly portrays the wheelchair-bound character, who viewers are able to sympathize with as they watch him undergo personal growth onscreen. I enjoyed watching Kevin Hart bring Dell to life—and Phillip—with an incomparable energy as he prances around blasting Aretha Franklin tracks and replacing million-dollar paintings with artwork of his own.

The two men that once appeared worlds apart grow closer as the movie runs its course, and, unlike movies with disabled characters such as ‘Me Before You,’ I appreciated the fact that there is no tragic ending to halt the unexpected adventures between Hart and Cranston.

Although I found some aspects of the movie too predictable and trite, such as Dell’s transformational impact on Phillip, I tried to not get too caught up in the logistics of their friendship. However, I did feel that the film fell short on portraying the struggles of the characters, and I spent a large part of the two hours hoping that Dell’s past with the son he so desperately hoped to reconvene with would be elaborated on. In addition, I felt that there were some storylines present towards the end of the movie that felt curt and unfinished, therefore distracting from the grand scheme of the film.

While I cannot make any comparison to the original plot of “Les Intouchables,” “The Upside” was both heartwarming and engaging. Kevin Hart took a leap out of his comfort zone in playing Dell, and the lack of crude jokes that could have interrupted the film’s progression ensured it was more of a family experience rather than a movie hoping to challenge the laws of political correctness. Furthermore, I appreciated the impact the movie had in proving that the merriment of one’s life is not always restricted by a tragic accident.

“The Upside,” highlighted by comical undertones and an uplifting storyline, provides a fresh perspective for those hoping to avoid reading the French subtitles of the original film. With subtle humor balancing out the lives of two deeply troubled men, the movie is sure to leave the audience grinning.