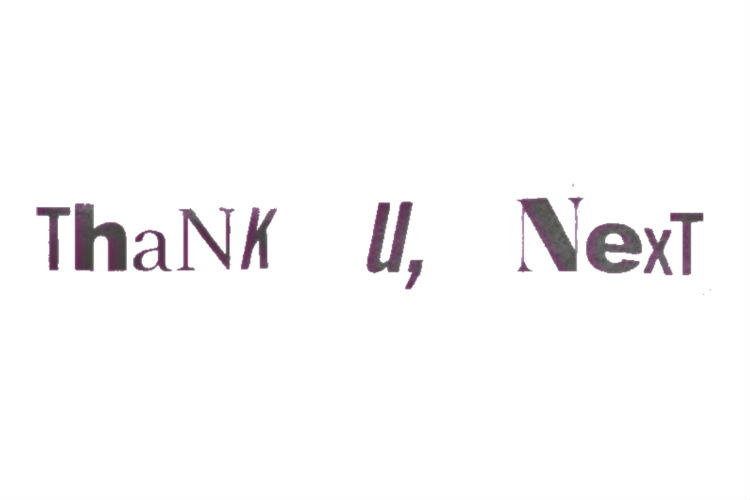 On Feb. 8, singer Ariana Grande released her fifth studio album “thank u, next.” According to CNN, Ariana Grande’s new album has pushed her up to the same staggering level of popularity as The Beatles once had. Her songs “7 rings,” “break up with your girlfriend, i’m bored” and “thank u, next,” in order, occupy the No. 1, No. 2, and No. 3 charts simultaneously, a feat not accomplished by one single artist or band since The Beatles in 1964.

With her recent massive spike in popularity, Grande has also faced backlash surrounding issues, often related to forms of cultural appropriation. These incidents of backlash against the singer include a misspelled Japanese tattoo and what some say is an excessive darkening of her skin from fake-tanning.

However, ignoring these past and current issues the public have had with Grande, I have to say that her album is overall better than I expected when I heard she was releasing another one on February 8, 2019. I think the style of her music has evolved. Her lyrics are often not strong enough to be my favorite artist, but Grande has mastered the art of making a catchy song, whether it is happy or not.

My personal favorite is the song “needy”, which has a nice tune with funny lyrics about apologizing too often, then apologizing for saying sorry too much. The fairly short song is slightly melancholic, with harmonizing voices in the background. The song is sweet and felt more meaningful than some of her other songs. Grande’s song “imagine” has a similar theme or frame of mind to “needy”, but was not quite as interesting or catchy to me.

I liked the very popular song “bloodline”, with its interesting introduction to the song, and as usual, an extremely catchy tune. It’s slightly different from her other songs, with trumpets in the background. The chorus is especially the most memorable of the album.

The song “in my head” had potential in its idea, but personally, I feel slightly stressed while listening to the song for some strange reason, and the lyrics are more repetitive than some of Grande’s other songs. The song feels like an attempt at putting rap techniques into pop but was ultimately not executed well.

Another song on the album is the infamous “7 rings”. While the song may have been at No. 1 Billboard, I honestly have no idea why. It reuses the tune of a classic song from The Sound of Music and, in my opinion, ruins it. The song is an example of the type of music Grande makes that I cannot respect, let alone enjoy. It repeats over and over about how wealthy Grande is, without really any creative or original lyrics, and provides no deeper meaning that I could find. This song was one of the singles released before the rest of the album, so I was mostly happily surprised when I listened to the other songs, besides a few exceptions.

While at this point in my review, I feel like the lyrics of “fake smile” are directed at me and other critics of Ariana, the song is still probably my second of my favorites of the album. Both the lyrics and the tune of the song felt personal like it is an actual insight into Grande’s personality and experience. Sometimes, when artists attempt similar themes in songs, it comes off as complaining from a place of privilege, but Grande acknowledges this before moving on to simply and truthfully describing her experiences with fame, without excessive complaints.

I do not have a habit of listening to the genre of music the “thank u, next” album belongs to, but I might start to occasionally listen to some of her songs like “bloodline” or “needy”.

While I do not know how much of the albums’ music videos’ ideas came from Grande herself, they definitely made me appreciate her music more, especially the “thank u, next” video that incorporated pop culture references from the iconic movies “Clueless” and “Mean Girls.”

I think overall, regardless of one’s music preferences, this album is one of Grande’s best music accomplishments, but the album raises the ever-prevalent question: should we separate the artist (and any controversies they have) from their music?