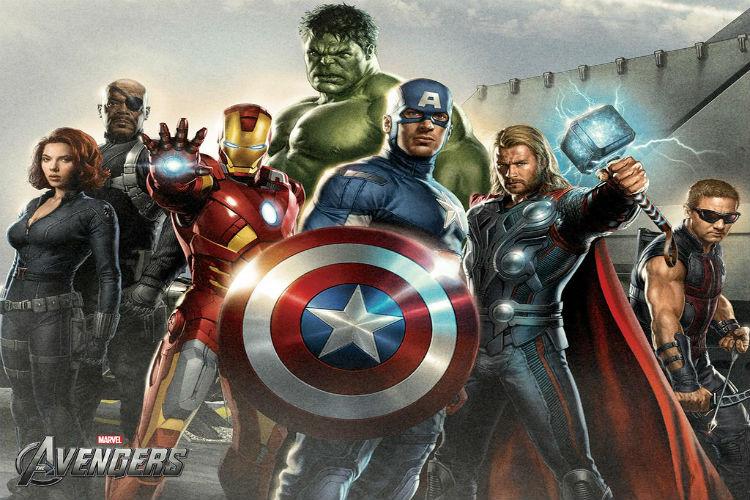 //PICTURED ABOVE: The original six Avengers and Nick Fury team up to save the world and bring back the dusted in their newest movie, Avengers: Endgame.

From Black Panther to Infinity War, Marvel movies keep setting new records and smashing old ones, and Avengers: Endgame is no different. Since its premiere on April 26, Endgame has opened to critical acclaim and garnered more than 2 billion dollars internationally, putting it on track to become the biggest movie event of all time.

The highly-anticipated sequel to Infinity War surpassed even Marvel’s own lofty expectations of opening around 260 million to 300 million domestically. The Avengers finale shattered the previous record with 350 million in ticket sales.

Leading up to Endgame’s release in theatres everywhere, fans from all over the world had been hyping up the film, as everyone had been waiting for a year. Freshman Cassie Liu had been excited for this movie ever since Infinity War released in 2018.

“I was excited for Endgame for around a year, so I watched all of the cast interviews that I could find and I rewatched the Marvel movies that I thought would help me prepare for Endgame,” Liu said.

To accommodate demand, Disney released the film in 4,600 theatres in the United States in Canada, with some even staying open for 72 hours straight. John Fithian, president and executive of the National Association of Theatre Owners, estimated that 30 million Americans and 100 million global guests watched Endgame in one weekend.

This film is the penultimate movie in Marvel’s Phase Three, and it features the remaining Avengers fighting to reverse Thanos’s snap from Infinity War. It is the culmination of all the movies that have become before in the decade-long-22-film arc.

So far, it has received positive reviews — 96% on Rotten Tomatoes, trailing only Black Panther for the highest rating of any Marvel movie.

Many fans, including Freshman Mina Raj, have watched these films since Iron Man (2008), the first movie of the series, and have stayed with the fandom for ten years.

“I’ve honestly been watching Marvel movies since the very beginning. I remember watching Iron Man in theatres with my family when I was about four or five.” Raj said.

The first Iron Man film was hardly a guaranteed hit — Iron Man had never appeared in a movie or a TV show before, giving it an immediate disadvantage behind well-known characters such as Spiderman or Hulk. They were taking a big 140 million dollar gamble with Iron Man.

In addition, President of Marvel Studios Kevin Feige brought in Robert Downey Jr. and Jon Favreau, two relatively unknown men in the industry. Although Downey was an Oscar-nominated actor, he had never done a big movie like this; similarly, Favreau’s main directing experience was for comedies such as Elf.

When the movie premiered on May 2, 2008, Iron Man delivered humor and splendid visual effects that made it a hit with critics. Furthermore, it gained widespread popularity, resulting in a 580 million dollar profit, paving the way for the Marvel Cinematic Universe (MCU).

Marvel continued on by introducing new characters such as Captain America and Thor, some of fans’ most beloved characters today. 2011’s Thor and Captain America: The First Avenger prepared audiences for the studio’s next big gamble: bringing all the heroes together.

2012’s The Avengers brought the various heroes of the MCU together; it led the way to new movies such as Black Panther, Captain Marvel, and Ant-Man and the Wasp.

In the next few years, Marvel brought in new, riskier characters; not many people could name a Guardian of the Galaxy before the movie came out, or have even imagined an all-black cast of a giant blockbuster.

Marvel has continued to set records and normalize diversity with Captain Marvel as well, its first female lead. Endgame also features co-director Joe Russo as the studio’s first openly gay character, and it is a big step forward for the studio in such a giant blockbuster movie.

Marvel has changed over the past decade; ten years ago, most of their leads were white males, but they have since added in new characters and taken more risks.

“These are global movies that reach a lot of people. They are important to a lot of people and everyone has the right to see themselves on the screen and identify somewhere.” Russo said.

Moving forward, Marvel has put more focus on diversity in its characters, and they have come out with more success because of it as well. These inclusive moments such as an abundance of female heroes have opened up a door for more, including a rumored openly gay superhero in future movies.

But what lies in the future of the MCU?

On July 2, 2019, Spiderman: Far From Home opens, a movie starring Tom Holland and Jake Gyllenhaal as Spiderman and Mysterio, respectively. Set in the aftermath of Endgame, Holland’s Peter Parker struggles to cope with the events of the last movie.

Both Raj and Liu are excited about what Marvel’s next move with the new characters and their roles in new movies and shows.

“I’m excited to see what Sam’s going to do with the shield or how they’re going to use Tom Holland as Peter Parker in Spiderman to leverage off a new arc,” Raj said.

The new series of shows may begin Phase Four — although no details have been released yet. However, what we do know as an audience is that Marvel isn’t done yet: even after the giant blockbuster that is Endgame, we can still expect spectacular visual effects, new characters and interesting arcs.