Staff Standoff: The Band is Back 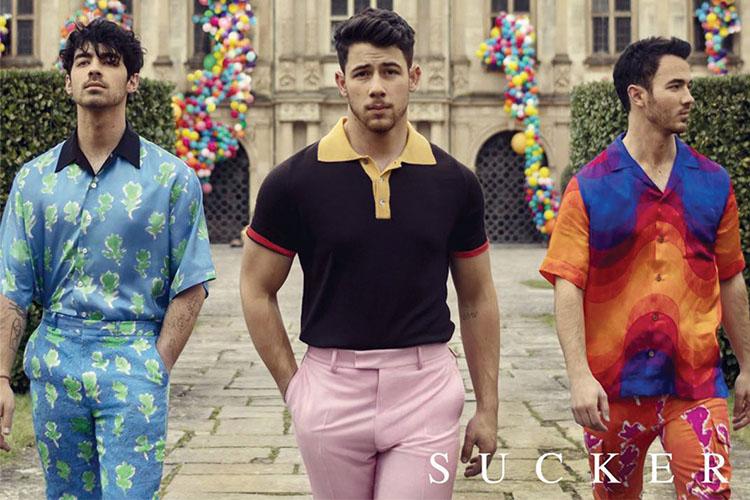 The Jonas Brothers were pop icons of the 2000s. Recently they made a surprise comeback bringing the band back together and releasing new singles such as “Sucker.” Our staff debates whether the new Jonas Brothers can live up to the old Jonas brothers, or if we were better off having the brothers split up.

Out With the Old – Sahasra Chigurupati

We all remember “Camp Rock,” arguing with our Lower School besties about which Jonas Brother was the cutest (I don’t think it was ever Kevin though) and jamming out to the Jonas Brothers’ timeless jams— at least I know I do. I remember crushing on Joe Jonas and wearing a JoBros t-shirt when I went to their concert as a little fifth-grader.

So, when the completely shocking news of their comeback erupted across their respective social media platforms, I almost fainted from excitement. My childhood dreams were coming true: the band that brought me so much joy was finally getting back together.

After the debut posts on their new joint Instagram account, I waited patiently for the new song and music video, both titled “Sucker” to be released on Feb. 28. Despite my boatloads of homework on Thursday, Feb. 27, I could not focus and stayed up, anxiously awaiting the big reveal at midnight. When the clock struck midnight, I excitedly pressed the play button on Youtube to be greeted by the Bros. Seeing them back together again, I was far from disappointed. The Jonas Brothers delivered what they had promised.

As I sat on the live stream of the video, my childhood nostalgia came in waves; I was flooded with a sea of all the happy times I had shared with the Brothers. I looked through all the comments and found that many people shared my feelings of being taken back to when life was simpler and the Jonas Brothers had never broken up. Already, the 2019-era Jonas Brothers are uniting a community of fans and making them feel happy.

That same happiness was easily tangible across the Hockaday community. At lunch on that Friday, when their new single blasted throughout the cafeteria, seemingly the entire Upper School was dancing and overjoyed. As the Jonas Brothers got back together, the emotional well-being of the student body raised in the spirit of excitement for bringing back our childhood, when times were more carefree. We were—and still are— pulled into the wave of the Jonas Brothers fandom once again, and boy, is it “Cool!”

The new Jonas Brothers provide an opportunity for all of us to revel in the happiness of bringing our childhood back. Instead of waiting until the “Year 3000” for the Jonas Brothers to come back, we have them back in our lives in the year 2019.

While we got a sampling of each of the brothers through their respective solo careers, it was not the same until they got back together again. The comeback also marks Kevin Jonas’ comeback to music. Although he is notorious for being the unnoticed Jonas Brother, any JoBro is better than no JoBro.

All of us fans are “Burnin’ Up” in anticipation for the Brother’s concert tour that is sure to follow the new album release. The music videos released so far have given fans our Jonas Brothers fix and give us more insight into their current adult lives.

The “Sucker” video, which featured the Jonas Brothers’ significant others, was a grand spectacle that was very far off from their old Disney-type image. Although it indicated that they are going down a different path than their old one, it was every bit as enjoyable as their music videos “The First Time.” Despite a growing opposition to their new music style, fans should keep their cool and hold on to take a minute to listen to them.

Their comeback features a fresh new beat that doesn’t quite sound like their “Lovebug” days, but it provides the promise of new memories to pair with nostalgic ones. Although the music is a different vibe, I think it goes to show that as their fans grew up, the Brothers did too. Bringing a new, more mature sound to the stage, their comeback is gaining traction and is worth listening to.

The JoBros being back together brings me back to my childhood, and their new beat is fresh enough to give us all that Jonas Brothers fix that we missed.

The year is 2013. The new Jonas Brothers music video just came out and you’ve been thinking about it all day. You lock yourself away in your room, jam your earbuds into your iPod touch and prepare for the best three minutes of your life.

Re-living elements of your childhood is always nostalgic. An old TV show, food, smell or setting can transport you back to a time when life was carefree and unproblematic. That is exactly what the Jonas Brothers’ catchy choruses always do.

I vividly remember dancing around my room to their song “Burnin’ Up”. Wearing the highest heels in my closet, which were barely two inches tall, and a red dress, I shouted the lyrics loud and proud like they were my third- grade national anthem.

The Jonas Brothers gave me and many others irreplaceable moments like that, moments with distinctive qualities that cannot be replicated seven years later.

Although their revamped singles “Sucker” and “Cool” still contain the same upbeat melodies and swagger as their old music, it does not feel as special. They lack the element of reminiscence. Without the memories from Lower School attached to the tune, these songs are now meaningless.

The general messages of the songs also differ immensely between old and new.

The affectionate feeling of their song “Lovebug” represents the brothers’ caring natures perfectly, showing that even famous boy band members fall head over heels in love.

In complete contrast, their newest single “Cool” gives off a very cocky mood to the listener. There is a strong feeling of boastfulness and arrogance throughout the song that does not feel fitting.

The boy next door, perfect boyfriend stereotype will forever be pinned to the trio, which is why their attempt at a brand-new image feels wrong. How could the Jonas Brothers not sing about music being in their soul or catching their own lovebugs?

When I think of the Jonas Brothers, these three paramount elements come to mind: “Camp Rock”, shaggy hair and lyrics that make every 10-year-old girl want a boyfriend.

“Camp Rock” ended in 2010, Nick Jonas cut his hair and now all three of them are married. The obsessed third grader inside of me just let out the biggest sigh of disappointment.

A very special place in my heart will forever be reserved for the Jonas Brothers and the many things their songs taught me: it’s okay to dance alone in your room, the air guitar is not as easy as it appears and yes, shaggy hair does make every Disney Channel star cuter.

In the end, Nick, Joe and Kevin will always be influential, but the irreplaceable qualities of their old music undoubtedly surpass any new projects the group produces.