A Little Wiser, A Lot More in Love 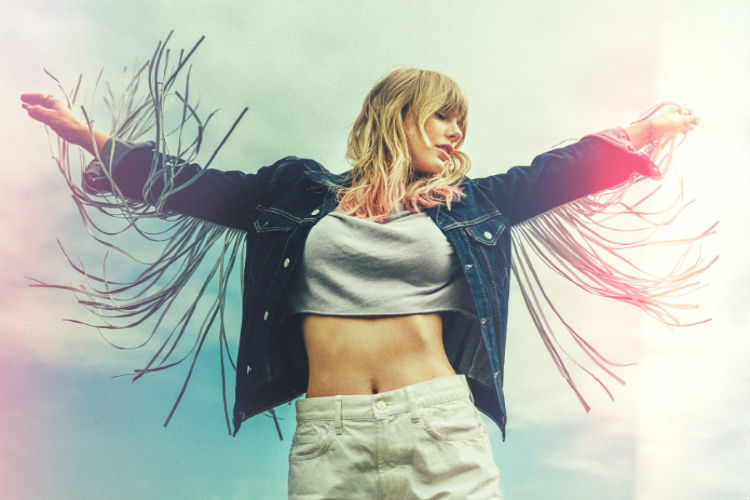 //PICTURED ABOVE: Taylor poses behind a pastel backdrop that symbolizes the newfound happiness expressed in her album “Lover.”

Taylor Swift released her seventh studio album, “Lover,” on Aug.  23, revealing a mature emotional honesty that her earlier records lacked. The album, as suggested by the cursive title, is an ode to the things Swift loves most.

In a sense, “Lover” is the older-sister album to “1989.” Though created five years apart, they give off the same glittering and upbeat synth-pop mood.

The opening track, “I Forgot That You Existed,” is reminiscent of the mocking and unconcerned mood of “Reputation” but with an upbeat twist. Lyrics like “One magical night/ I forgot that you existed/ and I thought that it would kill me, but it didn’t” indicate clearly Swift’s cheerier outlook on life.

Taylor has grown up. She no longer feels the need to sing for other people. Whether it’s love, joy, regret or sadness, each song on the track has a purpose in Taylor’s own life.

“Cruel Summer,” one of my favorite tracks, whisks listeners away in a pink summer glow as Taylor lists the many complications of summer love.

“Lover” and “Soon You’ll Get Better” are the two “old Taylor” tracks I’ve been waiting years for. The waltzing melodies and softly strumming guitar sound as if they came straight from her third studio album, “Speak Now.”

My second favorite song on the track is the infectiously confident “I Think He Knows.” The lyrics, “I am an architect I’m drawing up the plans/ he’s so obsessed with me and boy I understand/ boy I understand,” can’t help but make me laugh a little.

“Miss Americana and the Heartbreak Prince” has a mysterious Lana Del Ray vibe I was not expecting to work so well for Swift. The track is filled with intense imagery and complex metaphors that take listeners on a trip through Swift’s high school years.

The catchiest song on the album by far is “Paper Rings.” The pop-punk swing and memorable lyrics like “I hate accidents/ except when we went from friends to this” give listeners every reason to sing along.

“London Boy” is another perky track with a fun English twist. The lyrics about dimples, high tea and accents sound charming to me as an American, but I’m not so sure how they sound to a Brit.

Although this album is filled with hits, Swift also gives some definite misses. The tracks “False God,” “Daylight,” “The Archer” and “It’s Nice to Have A Friend” sound too similar and leave me wanting more. I can’t really relate to the lyrics and there is nothing alluring about the backing or melody of these songs.

“Death By A Thousand Cuts” and “Afterglow” speak of the results of losing love. Listeners can feel the beauty of Swift’s heartbreak through these songs.

“Lover” is the perfect album to jam with on morning car rides or play while you’re cleaning your room. Swift’s emotional clarity and genuine happiness are hard to miss while listening to the album. She is finished proving herself to the world. She is simply making music for herself.