Heading for a Great School Year 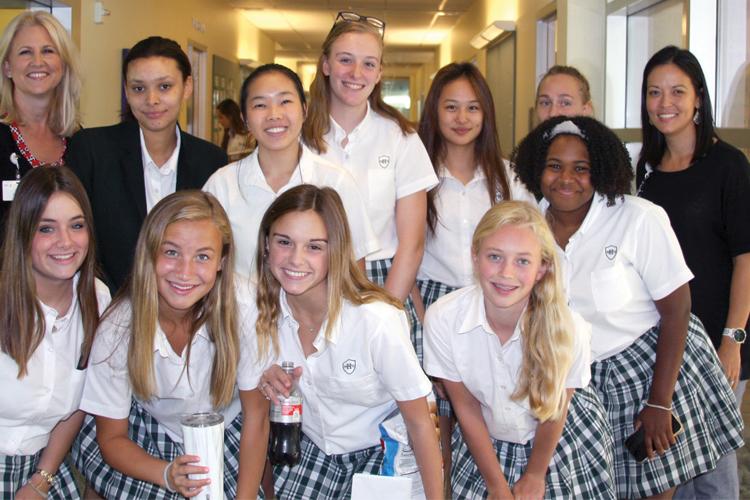 She rowed for Hockaday, toured prospective students as an H-Club ambassador and worked backstage on tech crew.

She graduated from Hockaday in 1996 and trained for the 2008 Olympics. Now, Lisa Culbertson is the new Head of Upper School at her alma mater.

After graduating from Hockaday, Culbertson believed the investment banking and consulting route was the one that she was meant to take.

“I wasn’t really following my passion,” Culbertson said, “I was just following something that I thought I was supposed to follow.”

After working as an investment banker in New York, she was inspired to pursue a different route after a conversation with her former teacher, Richard Lombardi, whom she considered a mentor. Culbertson then began teaching math and entrepreneurship in New York public schools, ultimately finding her true passion for education.

In addition to teaching, Culbertson continued to row, and in 2006, she moved to Austin with her training partner. Hoping to make the 2008 Olympics, the two trained rigorously, but ultimately did not make the team.

“It was a really hard lesson, and I stuck with education from there because I knew it was what I loved to do,” Culbertson said.

Assistant Head of School Blair Lowry, who runs the searches for new faculty members, was visiting Phoenix Country Day School a few years ago when she met Culbertson. Because Lowry was evaluating the school for an accreditation study, she got the chance to see Culbertson in action as the Upper School Head of PCDS.

“I was really impressed with her back then, not only for the work she was doing at the time but also for her connections to our school,” Lowry said.

“Whenever I come across somebody who’s a superstar, I tuck that away in my brain if there’s ever an opportunity [for them].”

That opportunity came for Culbertson when Hockaday opened the search for a new Upper School Head. In fact, she had always wanted to return to an all-girls school, so the offer had appealed to her.

“When this opened up, I couldn’t really say no to the opportunity,” Culbertson explained. “This place made me who I am, and I feel like we don’t get very many chances to pay back what was paid forward to us.”

After an international search and many interviews with candidates, the recruiting team decided on Culbertson. Lowry said the feedback from Culbertson’s interviews was overwhelmingly positive, which was a sign that she made good connections in her conversations.

“She has a deep understanding of students, faculty and the division as a whole,” Lowry said. “Even though she is a quiet leader, she’s got tons of energy, and she was so passionate about Hockaday because she went here.”

In fact, during her time at Hockaday, Culbertson met Will Forteith, current Varsity Crew Head Coach at Hockaday, and they have reconnected at different points since high school.

“I think she is still very much the same person that she was [in high school],” Forteith said. “She’s incredibly kind, she’s incredibly thoughtful, she cares about other people and she wants to make a difference.”

So far, Culbertson has been focusing on listening to the students and faculty before making concrete plans for modifications. She said she intends to make changes, but aims to pinpoint the needs of the Hockaday community before taking action.

“One of the struggles that I’ve heard has been around wellness and about taking it seriously, beyond words,” Culbertson said. “Hockaday does a fantastic job of making this experience rich and difficult. Take advantage of all the richness that is here and don’t add any more stress. Take that self-imposed stress and remove it, because there is plenty of stress to go around!”

Although she is already brainstorming ways to emphasize and refine mental health at Hockaday, Culbertson said the school has improved in that field since she was a student.

To help her address the needs of the student body, Culbertson has an open-door policy and hopes students feel free to talk to her whenever her door is open. In fact, one of her goals is to start moving some of her meetings around to get a chance to talk to students.

“I think I held my tongue more when I was a student because I didn’t know it was permissible to speak my mind, and I felt like I could not effect change,” Culbertson said. “That’s what I am inviting, that students come and tell me what’s going on so we can effect change together. I can use my voice to start moving things forward.”

In addition to reconnecting with the Hockaday community from another perspective and inspiring change, Culbertson said she enjoys being an advisor and meeting the students.

“The hardest part of being an administrator is that most administrators started off as teachers, and we were teachers for a reason— because we loved interacting with students,” Culbertson said. “When we become administrators, we start to step away from that, which is the reason why we got into the job in the first place, so I love the connection with the students.”