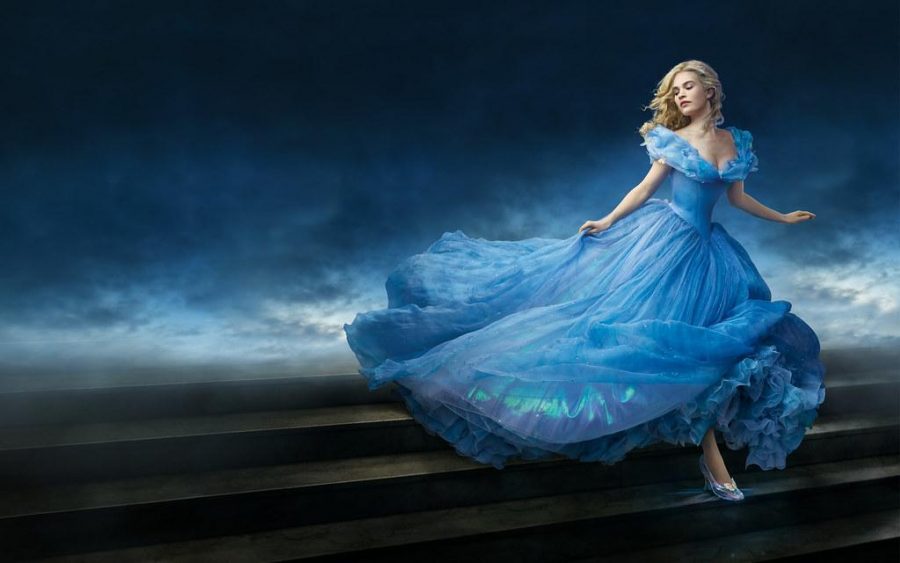 //PICTURED ABOVE: Lately, many Disney live action remakes have come out or are scheduled for release. The “Cinderella” remake was released in 2015 and did well with audiences and Disney fans.

Stick With What We Love — Libby Hill

Some of the most distinct memories from my childhood are from watching Disney animated movies with my cousins at my grandmother’s house. I’ve watched a few of them in the past few years, and they bring back a lot of nostalgia and happy feelings. The catchy tunes and songs are like riding a bike-—fun and easy to remember. The animation is so pure and happy, and the movies themselves do not contain much drama.

Disney and other animation companies are taking advantage of people like me by remaking these movies in live-action form. When I see a movie in theaters that I watched during my childhood, I certainly will take the chance to see it again. While it’s nice to see variations of the classics, these movies differ from the originals in a way that takes away some of the overall experience.

Take “The Lion King”, for example. Disney remade the 1994 animated masterpiece into a live-action movie in 2019. It was difficult for CGI artists to convey as much emotion as the animators did through the animals’ expressions during dramatic scenes. When you watch both the CGI and the animation, this is definitely noticeable.

One of the best things about the animation in the 1994 movie is the way everyone, even young children, can easily understand the feelings that are integral in the scenes without a lot of extra thought. In these new movies, it’s difficult to see and understand the emotions in the movie if you lose context. This requires more maturity from the audience and takes the magic away from young children.

Additionally, some characters in recent remakes (for instance, “Dora and the Lost City of Gold”) like monkeys and lions are much more frightening in semi-live action movies. These movies, originally intended for children, seem scary and less accessible for kids to watch, understand and like.

Another example of a movie that contains less of the “magic” is “Cinderella.” In Disney’s 2015 live-action remake, when the fairy godmother transforms Cinderella’s outfits and thus creates a magnificent a carriage out of a pumpkin, there is less of a magical moment with the fairy godmother’s wand. Instead, it is portrayed with darker CGI animated clouds swirling around Lily James who plays Cinderella.

Overall, while these movies may bring back nostalgic and happy memories for some viewers, the effects of the live-action remakes take away from classic elements of the old animated movies.

Everyone can recall their anticipation rising as Tinker Bell spelled out the words “Walt Disney Pictures” in the intro to the newest Disney movie on their grainy childhood TV. These movies established their mark on popular culture, and recent recreations of these and other movies bring back fond memories and feelings of nostalgia. From Walt Disney’s classic “The Lion King” or Stephen King’s spine-chilling “It,” remakes give all movie buffs a chance to reminisce.

For years, large-scale film production companies have played into fan sentimentality, developing movies into updated remakes. Recently, movie remakes have captured the attention of Hollywood and audiences around the world.

People naturally yearn for the past and positive memories from that time period. In particular, Disney movies remind many audiences of the animated movies of their childhood. By creating remakes, film production companies build upon their viewers’ nostalgia but make revisions so the movies do not become repetitive.

With advancements in CGI technology, film companies are able to create more realistic depictions of the story than they could originally. These technological enhancements attract a large audience because of the modernized portrayals that differ greatly from original movies.

Additionally, some movie remakes update plotlines and mix up the casts to keep up with modern reasoning and inclusion standards. For instance, Disney’s cast for the remake of “The Lion King” included people from several races and backgrounds, whereas the cast of the original was predominantly white. This is an example of the increasing diversity in Hollywood and film production companies, and often viewers are interested in movies that leave a lasting impact on society.

Movies depict stories from one generation to another, one country to another and one audience to another. By remaking these classic movies, stories are shared and the original audience expands to a much larger scale. Remakes are something for viewers who watched the original and for new spectators just being introduced to the story—perhaps even the children of the original viewers. Movies connect people; by recreating beloved films and sharing their timeless stories, film production companies foster warm, fuzzy feelings of love and nostalgia.

Before labeling a remake as “uncreative”, remember all that goes into its production. Look past supposed unoriginality and notice what’s different, what’s changed and what has, luckily for the nostalgic viewer, stayed the same.