The Politician is Overdressed and Underachieving 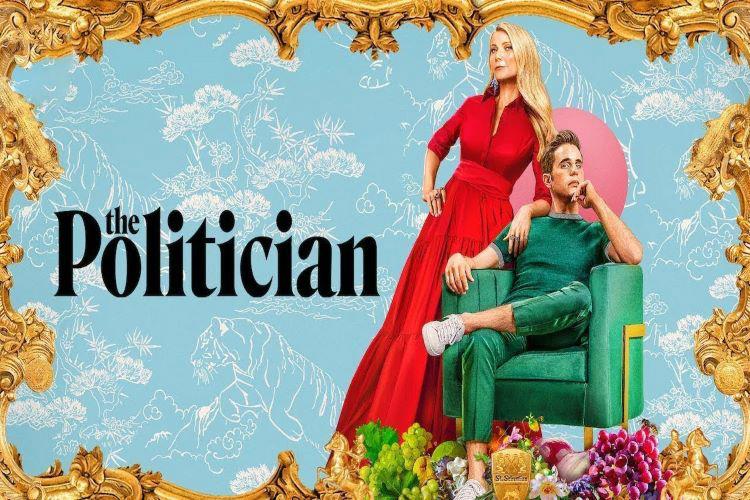 //PICTURED ABOVE: The Politician’s Georgina Hobart (Gwyneth Paltrow) and Payton Hobart (Ben Platt) have a unique relationship for television, as she is closer to him than her two biological children. She is one of his closest friends and unconditionally loves and supports him. Picture provided by Netflix.

“People like to think of their presidents as characters they see on TV.”  That quote from Payton Hobart, the main character of The Politician, is an idea carried throughout the first season of the Netflix series as the storyline grows more and more calculated and convoluted.

The Politician, created by Ryan Murphy (creator of Glee and American Horror Story), Brad Falchuk and Ian Brennan, is entertaining, but is incredibly over-the-top and exhausting to watch. It takes pieces from a variety of sources, from other high school satires to tabloid drama, and what it manages to build feels mostly empty. While the episodes fall into a set rhythm, the formula does not entirely hit the mark as pieces of the narrative keep changing too drastically from episode to episode.

Payton Hobart, played by Dear Evan Hansen star Ben Platt, is one of the only consistent threads in the narrative. His plotline is seemingly straightforward and wholly plotted like his life: get elected student council president, get into Harvard, move on through politics and become the President of the United States. However, though his character created many genuine emotional moments, his characterization continually folded on itself. Other characters attest to his influence and his genuine care for others (followed through by his campaigns), yet time and time again he is shown as cold and calculating with everything he does.

Ultimately, while a unique protagonist, I did not find Payton to be a likable character, due to how insincere and empty he felt at times. Even though I ultimately rooted for him to succeed, I was not invested in him as a character and found him more pitiable than anything, due to the ridiculous circumstances brought upon him.

Though the production of the show was impressive and the sets were detailed to the last page of every book, everything felt overstuffed and unbelievable even for a satire. Each supposedly teenage character looked like they could instead play college students or even the teachers. However, the actors delivered solid performances, like Jessica Lange playing Dusty and Rahne Jones playing Skye. Russell Posner also delivers an all-too-realistic performance as Elliot Beachman.

The season’s most interesting episode, with the clearest message, focuses on undecided voter Elliot Beachment who is completely uninvolved in the school’s politics and does not care who wins or loses. The most he cares about are private restrooms and junk food in the school. Here, the message is clear: this election really is not important outside of the vision of the political rivals and their teams, yet the irony is that these elections can ultimately be decided by non-voters. Every vote counts, whether or not you believe so. Unfortunately, it almost isn’t worth slogging through the previous episodes if this episode is your motivation to watch the show.

Still, I made it through the entire season in one day, entertained by the mess. It was true enough that I was at least somewhat invested but it was so absurd that I was able to set it apart from reality. Multiple times, however, I found myself blinking and trying to figure out when, exactly, this new dynamic had been built. Since when did these characters work together? Where did this character come from? Why are we spending so much time here? Why was the last episode set up the way it was? However, there were several highly emotional moments that I will admit were effective and got to me, a testament to the show’s potential.

Though entertaining, The Politician fails to fully establish and follow through the themes and ideas it hints at. Overall, it’s a shiny, all-too-ornate package with too many packing peanuts and not enough product.