The Dilemma of Award Show Activism 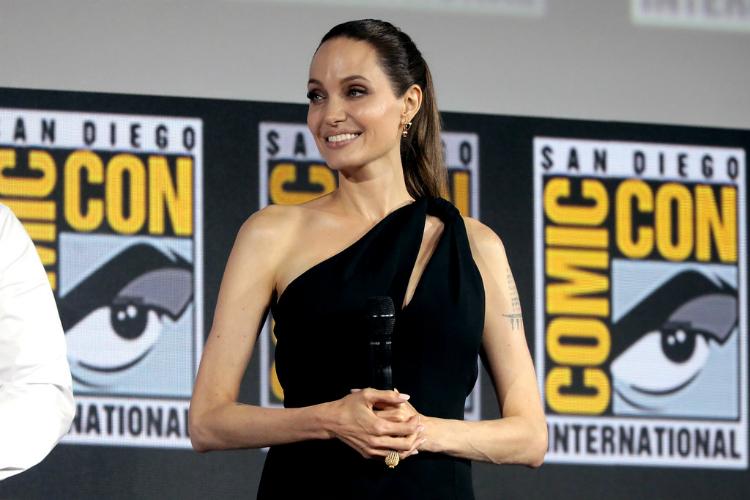 //PICTURED ABOVE:  While some celebrities receive criticism for political award show acceptance speeches because of their lack of concrete action, Angelina Jolie has started a humanitarian foundation and donated millions of dollars to charity.

“So if you do win an award tonight, don’t use it as a platform to make a political speech. You’re in no position to lecture the public about anything … if you win, come up, accept your little award, thank your agent, and your God, and **** off, okay?”

These final words to Ricky Gervais’s opening monologue at the 77th Golden Globe Awards on Jan. 5 provoked both criticism and acclaim, but most importantly they verbalized and publicized an ongoing discussion on the ways celebrities should use their power for good.

Each awards season, as celebrities win accolades and acclaim for their performances, they inevitably use their acceptance speeches as platforms to push political positions they support, encourage people to vote and raise awareness on issues. While some appreciate this act as celebrities using their influence for good, others take issue with the performative, superficial nature of their activism.

While I agree that celebrities have more power and influence than what they use, I believe the issue is more complicated than meets the eye (or ear).

It is certainly true that with the immense wealth celebrities possess, they have the ability to make legitimate changes in the world for the better. The elite groups of people who attend award shows comprise multimillionaires with connections to some of the most powerful people in the country and the world. With such an opportunity for positive change, it seems unfair and selfish for them to spend only a few minutes advocating for issues during their acceptance speeches without taking legitimate action to back up their words.

For example, many have criticized Leonardo DiCaprio for the hypocrisy in his activism. While he publicly advocates for the protection and conservation of nature, natural resources and lands on Native American reservations, the actor frequently flies across the country in private jets and vacations on private yachts. Such a giant carbon footprint certainly contradicts his avid environmentalist message.

However, perhaps we underestimate the amount of charitable work celebrities do. We bring up the idea that their words are meaningless fronts to appease the public, but this is not always true.

For example, Angelina Jolie co-runs the Jolie-Pitt Foundation, which provides aid to refugees in war-ridden areas of the world, like Chad and Sudan. She and her ex-husband, Brad Pitt, together have donated over $8 million to the foundation. Even more impressive, actor Matt Damon co-founded Water.org, a foundation that has raised over $60 million to end the clean water crisis, and has helped 16 million people.

Lastly, we tend to take for granted that actors spend their lives perfecting the art of persuasion through public speaking. One of their greatest powers among wealth and connections is their ability to sway the emotions and actions of the people watching them. So it makes sense that they should use these enormous talents to bring awareness and passion from the general public to issues that they care about.

Celebrities must be held accountable for their hypocrisy if they address political issues in acceptance speeches while doing little or nothing to make a difference. However, many celebrities actually do use their power for good without advertising it at all. While speeches may appear to be a superficial form of advocacy, they are the manifestation of actors’ carefully perfected talents of rousing oration, intended for good.