Behind the Production of “Crazy For You” 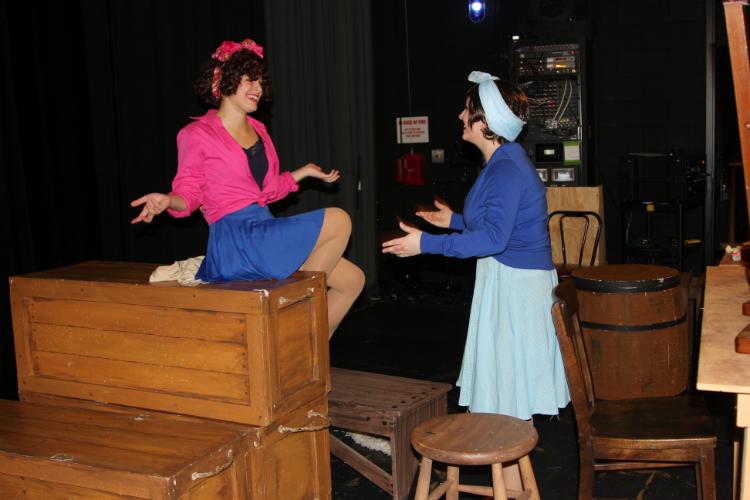 The Upper School theater department presented the musical “Crazy For You” from Feb. 6-9. From the first rehearsal on Nov. 5 to the first performance on Feb. 6, the cast and crew spent months preparing and working to put together the musical. The Fourcast staff member Elisa Carroll goes behind the scenes of their first dress rehearsal to capture the ins and outs of what goes on behind the production and off stage.

Set: Sophomores Sydney Ghorayeb and Stella Sigurdsson hang out and rehearse lines backstage among pieces of the set for various parts of the musical.
Makeup: Kirsten Kirk, a senior who plays the lead actress Polly Baker, puts on her makeup before the show.
Costumes: Sophomore Christiana Miele, a cast member, sorts through the rack with the various costumes she wears during the performance.
Mics: Sophomore Melissa Dodson places senior Gina Miele’s microphone on her prior to mic check.
Props: Lucy Roberts, a sophomore crew member, organizes the prop table for the dancing girls.
Hair: Junior Izzy Lambert braids her hair to prepare to tuck it under the wig that’s part of her costume.

Story and photo by Elisa Carroll