“Miss Americana” Review: Taylor’s Struggle with the Constraints of Fame 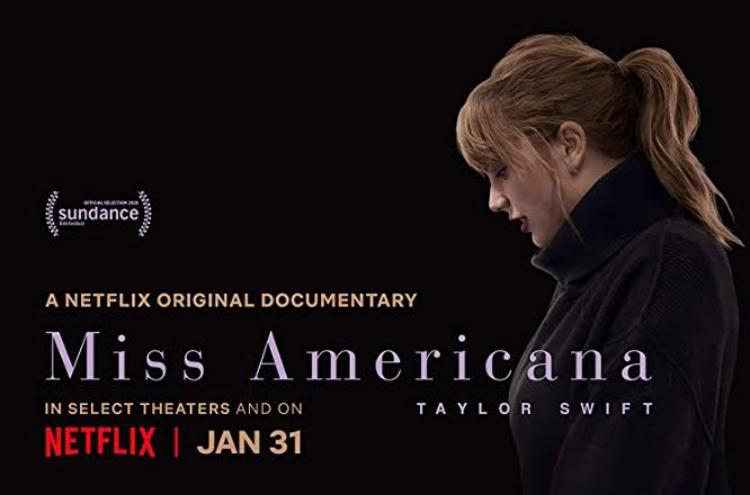 Taylor Swift’s new documentary “Miss Americana,” released on Jan. 23, sheds light on the prison and power of fame Swift has endured during her life-long music career. A quick disclaimer to everyone reading this: I have been a die-hard Taylor Swift fan since her first album was released, but this documentary really intrigued the Swifty inside of me.

From the very beginning of the film, it is clear “Miss Americana” is not focused on Swift’s rise to fame musically or the reasons she made it big as an artist. It is more about the struggles she faces regarding her public image and addressing what it truly means to grow up as a country-pop star.

The documentary begins with Swift saying her place is being “the nice girl,” and that nice girls do not “make waves” or “make people uncomfortable.” This self-branding frames the documentary, giving watchers insight to the dark places fame takes Swift when constantly seeking approval from strangers.

I appreciate this exposition. This side of Swift has never been shared with her fans before, and understanding her struggles definitely helps me relate to her songs more.

“Miss Americana” gives Swift the floor to speak upon the effects media controversies have had on her mental health. Eating disorders, the public’s questioning of authenticity and the struggle to speak up on political issues without getting backlash are just a few topics Swift makes sure to address. It seems to the viewer that Swift is constantly put in no-win situations, forced to examine what is truly important to her.

This realization while watching Swift’s documentary made me think about a bigger idea of female fame. From watching “Miss Americana,” I now better understand the sacrifices young female stars make to stay loved and relevant.

The documentary becomes truly electric when Swift reaches political awakening, speaking her political opinion while knowing it will undoubtedly make her lose fans who do not agree with her beliefs. I enjoyed watching Swift let go mentally from the strains the public has placed on her since the beginning of her fame, and respect her for the tough decisions she makes throughout the documentary.

Overall, “Miss Americana” is a refreshing take on the jeopardies of female fame, and gives an introspective view on Swift’s mental imprisonment. Although the documentary could be considered controlled, it is undoubtedly encouraging to watch Swift break free from the prison of fame. I would recommend this to anyone for it’s an important message, whether a die-hard Taylor fan or not.