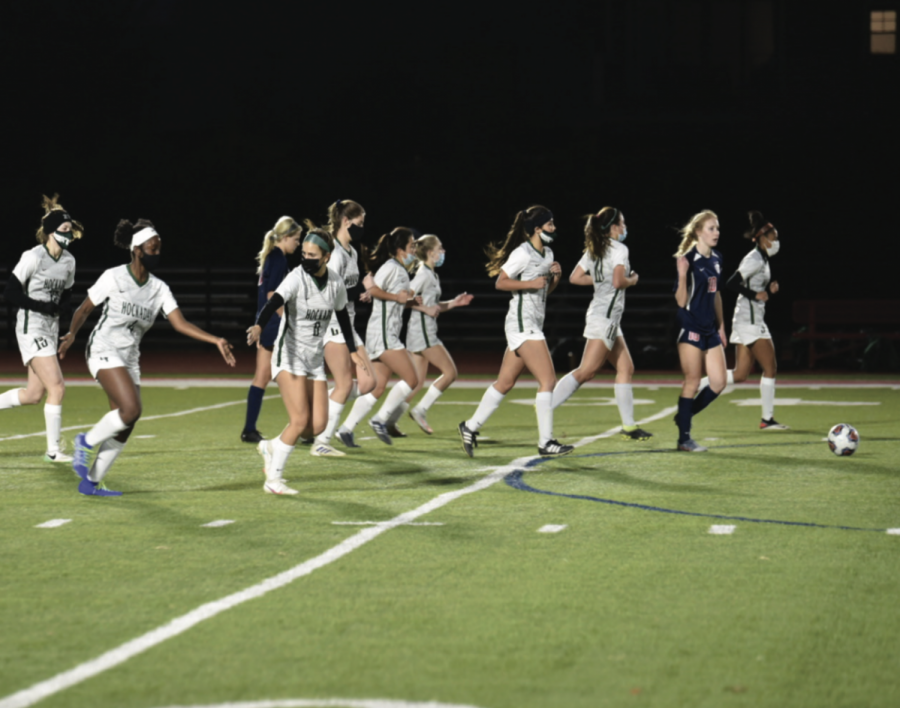 Varsity Soccer jogs back after scoring against Grapevine Faith. The team has played six SPC counter games during their season. Next year, they hope to be able to compete against South Zone teams. photo by Mia Salvodelli

Every February, teams across Texas prepare to compete in the Southwest Preparatory Conference athletic competition.

Normally, upper schoolers attend pep rallies, make posters and plan to cheer on the student athletes as they fight to win an SPC championship. This February, however, things will look a bit different.

On Jan. 7, SPC announced on its website that winter teams will have an opportunity to play for a modified SPC championship. Soccer and basketball teams will continue their game schedule as planned, but their upcoming games will now count toward a round robin tournament. Each team’s record and scores from this tournament will determine this year’s champion.

“Coming off of a championship last year and knowing how good a team we are this year, it is really disappointing that we don’t get to play the full SPC tournament like we traditionally would,” Schindel said.

In addition to some disappointment, the changed format of SPC has brought new opportunities and freedom for teams.

“It’s been kind of weird to play only SPC teams, but it’s given us a really good opportunity to try different formations because we know how all the SPC teams play,” Schindel said, “so it’s been kind of fun to work that way.” Basketball co-captain Claire Tate also said she found excitement and opportunity in SPC play this year.

“Considering the circumstances, I’m really glad that we have some kind of championship to work towards,” Tate said.

While the championship will definitely look different than it has in past years, the basketball team has managed to adapt to and work through the changes and challenges that COVID-19 has presented. From the limited number of spectators to the mask requirement, Tate said the team has continued to work and that she appreciates the safety precautions.

“We’re working just as hard, with or without postseason championship games,” Tate said.

For the swimming and diving teams, however, SPC will still consist of a singular postseason meet that will determine a north zone champion. The meet will take place on Feb. 11 at Lewisville ISD Natatorium.

Athletics Director Deb Surgi said she is looking forward to watching all four teams compete as the winter season progresses.

“I am always excited to see our girls training, competing and growing as people and team members,” Surgi said.