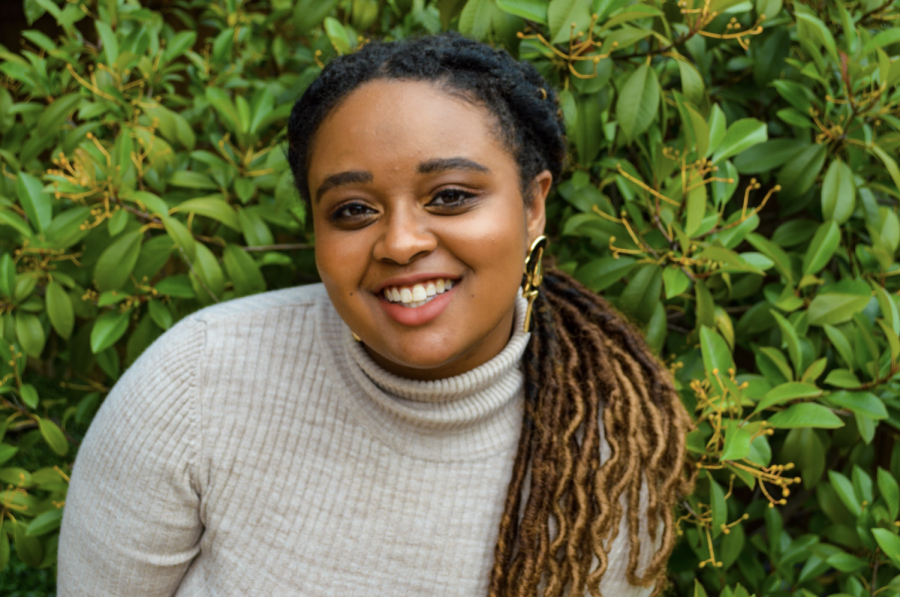 Kenya Roy ’15 and Kate Cooper ’16 both earned the title of Fulbright Scholar (2020-2021), and Joy Nesbitt ’17 has been named a Mitchell Scholar (2021-2022). One common aspect of these programs is they prompt their recipients to travel internationally, to the country of their choice, to pursue their interests and conduct research.

“To be a Fulbright Scholar is to be an ambassador of the United States in international educational and cultural exchange, seeking to increase mutual understanding with other countries,” Cooper said.

The Fulbright Scholarship program features a labor-intensive application process, including multiple rounds of interviews and revisions of the applicants’ Statements of Grant Purpose and Personal Statements.

“I wanted to apply to the program because it focuses on facilitating cross-cultural understanding, and I am very passionate about East Asian culture, history, art and language,” Cooper said.

Roy, unlike Cooper, didn’t jump at the chance to apply to the program and, at first, approached it with skepticism and doubt.

“I knew it was a lofty award and I thought I had no chance of getting it,” Roy said, “but I eventually decided to apply because I really wanted to return to Brazil, where I did my semester abroad in college, to conduct research on the Juvenile Justice system and help train teachers”

Both Cooper and Roy will be spending their time abroad, Cooper in Taiwan and Roy in Brazil, teaching and researching their interests. While Cooper will use images and storytelling to teach Taiwanese students English, Roy will help train the next generation of teachers in Brazil as an English Teaching Assistant.

“My grant purpose is to experience the differences and connections between art, culture and education in the United States abroad as research for my future goal of writing and illustrating bilingual children’s books,” Cooper said.

During her time in Taiwan, Cooper is looking forward to researching the role images play in children’s language development and studying East Asian art history, as well as, traveling to see the natural beauty that the country has to offer.

“I’m most looking forward to being in the university system in Brazil and meeting really interesting individuals, especially those who are training to become teachers,” Roy said.

Cooper and Roy believe Hockaday taught them confidence and hard work and gave them a love for languages.

“I took French at Hockaday for several years which was the foundation for my love of the French language and culture which then prompted my love of languages in general,” Roy said “Later, it encouraged me to study abroad in Brazil where I was required to learn Portuguese.”

While Cooper and Roy spend their time as Fulbright Scholars overseas, Nesbitt will travel abroad to pursue her interests and further her career in Ireland as a Mitchell Scholar.

The Mitchell Scholarship Program is highly selective and prestigious. A maximum of 12 out of the hundreds of applicants will become Mitchell Scholars. The program, named after U.S. Sen. George Mitchell who was crucial to the Northern Ireland peace process, is a scholarship sponsored by the US-Ireland Alliance. It allows its scholars to go abroad for one year of postgraduate study in any subject field offered by an institution in Ireland.

“I found out about the program through the Fellowship Office at my school, Harvard, and after learning about the Mitchell and being the extreme extrovert that I am, I felt really compelled to apply,” Nesbitt said.

When applying, Nesbitt considered what deeply connected her to Ireland, and thought about her identity as a black woman.  She contemplated that her identity and history are both formed by the legacy of slavery and oppression in the United States. She was able to tie this legacy to Ireland’s long history of oppression and colonization. The relationship between the two histories speaks to her desire to travel to Ireland and express her love of how Ireland’s artists express their story of persecution through the fine arts.

“In order to first apply, I had to be endorsed through my school and once I received that endorsement I could officially apply,” Nesbitt said. “Then, I wrote an essay, completed a video interview, an interview with the head of the U.S.-Ireland Alliance and an interview with the whole board and then ranked my preferences of the schools abroad.”

While in Ireland, Nesbitt plans to study directing and theater studies and get hands-on experience in theater, connecting with people who share her passions but come from different backgrounds.

During her time at Hockaday, Nesbitt formed a love for theatre in Emily Gray’s productions and class but had yet to realize what it meant to be a director and her desire to pursue that path.

“When I got to college I started directing and found that my love for directing comes from a desire to tell stories that aren’t talked about and to connect people to stories on an emotional level,” Nesbitt said.

Nesbitt is most looking forward to apprenticing and directing in theaters across Europe after her year of studying at a university in Ireland in 2021.