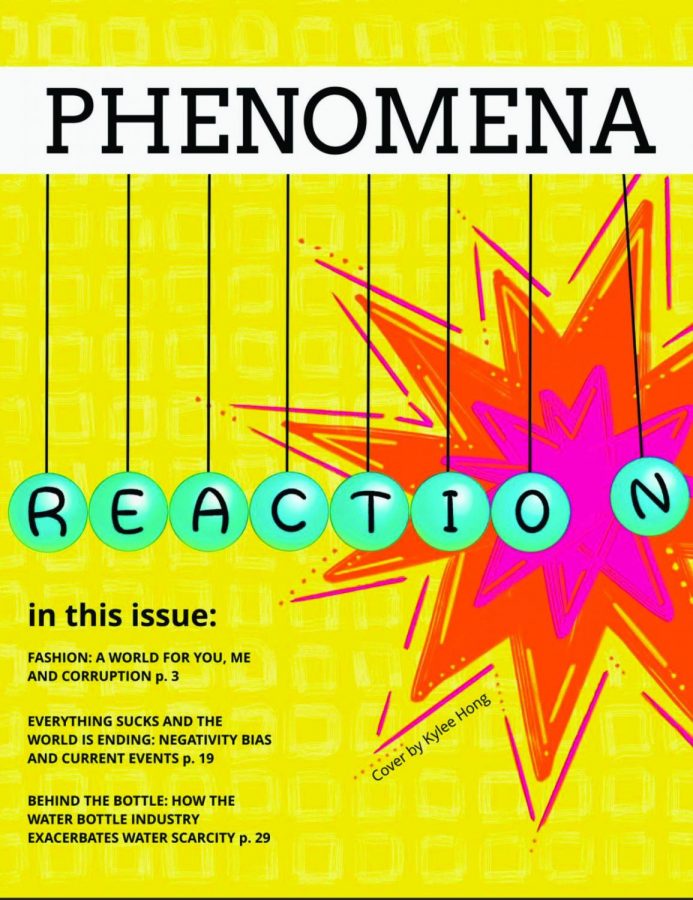 Phenomena published their latest edition, Reaction, over the summer. They plan on publishing their next edition, Law, before the end of the year. photo provided by Phenomena Magazine

Phenomena is a student-run STEM-based magazine led by seniors Angelina Wu and Annie Zhao. Its first edition, published on May 12, 2020, won a Columbia Scholastic Press Association (CSPA) Award later in the year in recognition of student print. This is the second year of Fourcast interviewing the Phenomena staff.

How is the magazine doing this year compared to how you originally envisioned it?

Initially, we thought of creating a STEM magazine for people at Hockaday to write about topics they cared about within an area that isn’t really talked about at our school. I think we’re doing well so far, although there were definitely a few changes we’ve had to make with managing our team.

How did you feel about winning the Columbia Scholastic Press Association Award?

We felt super proud about winning the Crown award! We also won two out of the three All Columbian Honors for our edition. We still have quite a few things to learn from the comments and category assessments, but so far we hope to keep up the good work.

What changes have you made this year?

Phenomena is a club now. We have a full list of staff members, which means we don’t need to ask around every edition for volunteer writers, and we also have a lot more people on our team for more possibilities and longer editions.

What challenges have you faced over this year?

We’ve definitely had a few issues with the quality of our articles and the timeliness of our writers. Phenomena was also very time consuming for the both of us, since we were in charge of designing the layouts in addition to editing the articles. Now, we have a team to help us with this process.

What do you have planned for the future that you look forward to seeing?

We hope to incorporate more article variety, like op-eds, career spotlights and interviews with professionals. We also hope for a more cohesive theme that runs through and connects all editions of Phenomena.

When is the next issue coming out?

The next issue, which is themed around law, is currently delayed, but we definitely plan on releasing it this year.