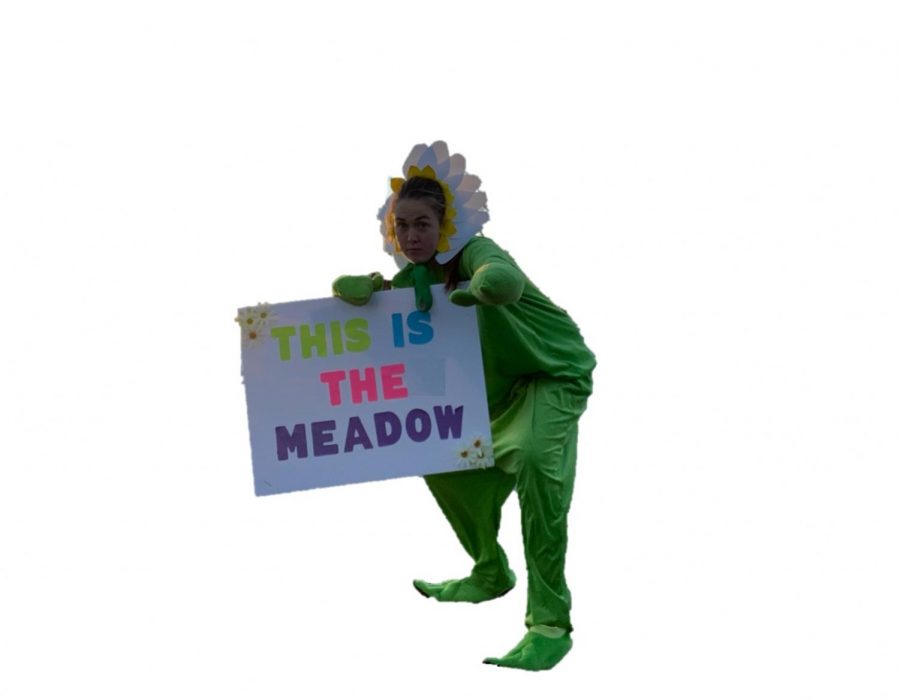 The University of California Santa Cruz Banana Slugs. The Scottsdale Community College Artichokes. The Delta State University Fighting Okra. And of course, the Hockaday Daisy. As Daisies, students stand alongside some of the most unusual mascots in the nation. Still, in the 100 years of the school’s existence and through multiple changes, they continue to thoroughly embrace the Daisy, their love for it only growing stronger.

While the mascot has a long history behind it, the original reason for choosing the symbol is unclear. Perhaps, as many suggest, the daisy was Miss Hockaday’s favorite flower, or it may be that she simply chose it because it fit with her name. Regardless, former Athletic Board Chair Margaret Woodberry ’20 said the message behind the flower certainly encapsulates a Hockadaisy.

“[Daisies] can pop up anywhere, from meadows, gardens, to urban areas or along roadsides. They are versatile and adaptable,” said Woodberry in a speech to the Hockaday community at the start of the 2019-2020 year. “A daisy is also known to grow in groups and spread quickly, just like our teams, and our Hockaday community as a whole supports each other and ultimately helps us blossom.”

Woodberry’s speech sparked a resurgence of love for the daisy, but the community did not always feel so fond about the flower.

“I remember how nobody used to want to be the ‘Daisy’,” PE coach Carol Thumlert said. “It seemed too fragile.”

Woodberry noticed this and immediately set out to change it. She met with the Head of the Athletic Department, Deb Surgi, the summer before her senior year and the two worked together to find ways to bring the daisy back to its full potential.

“The first thing that we did, before the year even started, was start using the #GoDaises on all of the Hockaday Athletics posts on social media, and we ordered the #GoDaisies stickers to hand out at the opening athletics barbeque,” Woodberry said. “That was the beginning of us starting to embrace the mascot, and it really set the tone for the rest of the year.”

Now, the slogan that most Hockadaises would associate with our daisy would be “Protect the Meadow,” which also originated during Woodberry’s time as Athletic Board Chair during the Winter SPC tournament.

“It was actually a joint effort of the whole basketball team,” Woodberry said. “We were sitting in the stands before our game at SPC watching the St. Stephens Spartans play, and their fans would yell ‘This is Sparta!’ We were joking around throwing terms around and we started saying ‘This is the Meadow!’ and it really fired us up for our game.”

Since the creation of the phrase, “Protect the Meadow” has spread across the Hockaday community. At games, students bring signs advertising the slogan, and the hashtag makes an appearance on nearly every post on @HockadayAthletics on Instagram.

“Whether you’re the golf team, the basketball team or the swim team, you protect the meadow,” Surgi said. “It’s really become the athletic metaphor for the campus.”

This year, the Athletic Department brought the daisy to the courts. In Penson Gym, the volleyball and basketball courts were repainted with the mascot on them as another way to further embrace the daisy.

Now, students are prouder of the mascot than ever: its revitalization in the past year truly proves the resilience and uniqueness of a Hockaday education.

“When I first found out about the daisy [before coming to Hockaday], I really thought that it made us seem very delicate, but that’s actually one of the reasons that our mascot is even better,” junior and two-sport varsity athlete Landry Grover said. “Our school proves that the daisy is not just some delicate flower, and instead it’s something strong that can hold its ground and dominate in competition.”