As 2012 comes to a close, memories are tucked into mental file cabinets. Like all other years, this year was scattered with both ups and downs: not only at Hockaday, but on an international scale as well. Web Editor Tiffany presents a review of major events in 2012, with perspectives of each event from faculty and students at Hockaday.

“As seniors, we will be the first students to benefit from ObamaCare when we graduate Hockaday and go off to college—we will continue to receive health insurance on our parents’ plans. This will expire when we turn 26 and when we presumably have jobs that provide health insurance. But, if we are in graduate school, or our job does not provide health insurance, we will still have access to healthcare through the government system. You might have heard the term “preexisting condition.” If you develop any significant medical conditions, insurance companies cannot deny you coverage or charge you any higher because you have this condition.”

A beloved science teacher at Hockaday for 12 years, Lohstreter passed away after succumbing to Lou Gehrig’s disease or also known as A.L.S. Upper School science teacher Richard Taylor was a close friend of Loh.

“We went to Florida to watch the last space shuttle launch. Going to NASA and wandering around together—seeing all the stuff we always talked about—all of it was great. The last time I saw him, he was in the hospital. He couldn’t talk very well. I was there, and so was Rachel Zabierek, who was a former physics teacher here. So it was us three physics teachers together. We just talked. He was on the computer so he got email from Hockaday, and he had watched the 2012 graduation on his computer, so we talked about that. The three of us actually went to see the shuttle launch together, and we went to his daughter’s wedding in June 2011. At her wedding, he walked his daughter down the aisle, but it was not an easy thing. Yeah, I really miss him. We did a lot of stuff together.”

After months of campaigning, President Barack Obama was reelected for a second term, defeating former Mass. Gov. Mitt Romney with 303 electoral votes and about 51 percent of the popular vote. Junior Emily volunteered at the Dallas County Democratic Party Office on Nov. 2, some days before the Presidential Election on Nov. 6.

“I was given a packet of phone numbers, and I called people who had been identified as Democratic citizens within the neighborhood—I had South Oak Cliff, I think—to get them to come to phone banks for the weekend because it was the weekend before the election. I first made sure they were in support of Obama, and if they weren’t I hung up. Because I called people within only a certain neighborhood, there was a church in the neighborhood that was hosting a phone bank where they would call voters in Florida to try and get the vote out. It was rewarding because it’s nice to realize that you don’t have to be able to vote in order to contribute. Volunteers were really a major basis for his reelection, and it’s fulfilling knowing I played a crucial role even though it was small. One of the names on the list was actually Sherri Mixon, the head of TR Hoover Center, and it was really cool to see people I knew, and it felt more personal to be able to call her. Now that Obama’s been re-elected, I am eager to see what he can do now without the pressure of re-election.” 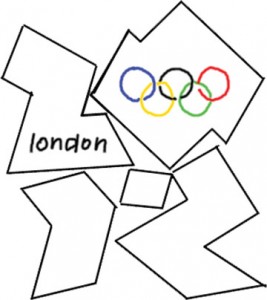 The U.S. clinched 46 gold medals, winning first place overall. Women made history because every participating country had a woman competing at the Olympics. Swimmer Michael Phelps became the most-decorated Olympian after winning a gold medal in the 4×200-meter freestyle relay on July 31. Junior Sara attended the London Olympics.

“I definitely think it’s better that some of the Middle-Eastern countries managed to bring women this year. That’s definitely showing progress in gender equality, specifically in sports. It was really awesome to be in the same room as Phelps, but honestly I think it was even more awesome to be in the same room as Tom Daley when he was practicing diving. The crowd—mostly the girls, of course—was screaming like crazy. But I was there when Phelps won the 4×200-meter freestyle relay. It was really difficult to tell what was happening while it was happening, and it got really loud because everyone was so excited. It was also really cool to meet Elizabeth Beisel, who won silver 200-meter backstroke. She was actually just coming into the stands to show her medal to her dad. She was really sweet and said ‘Yeah, I’ll take a picture with you!’”

“A few months ago, NASA’s Curiosity rover landed on Mars successfully. The last 14 minutes of the expedition, however, were completely controlled by computer codes. This can only mean that science will be increasingly dependent on computers and technology. The landing has opened up a new frontier, so the world will need more scientists to cover the uncharted territory. Of course, people will also be looking for the possibility of extraterrestrial life. All of this only means one thing

for science in the future: the field will expand, and it will continue to do so as we uncover what Mars has to bring us.”

Over the summer, the publications room, debate room and photography lab were constructed. Senior Christine, co-president of the Hockaday Debate Team, describes the usefulness of the new debate suite.

“I remember walking into the debate suite at the start of the year and being blown away by its modern, open feel. An entire wall of windows floods the room with natural ambiance, which is a far cry from our cramped, cluttered old debate room in the fine arts hallway. I was also amazed by the amount of space we had—in addition to the main area, we also have three study rooms complete with soundproof walls. The study rooms are perfect for splitting into smaller groups or holding practice debate rounds. At the same time, the spacious main room allows us to regroup and fosters a cohesive atmosphere. I see the debate room as setup to allow our team to grow on a group and individual level, and I’m excited to keep utilizing it.”

“I’m excited “Twi-hards” will be gone. I’m glad that that’s over with. I read the books and I liked them, but then the movie came out and it was really poorly-made, and the acting was terrible—I think “Twilight” was the only movie I sat through in its entirety. I saw “New Moon” on DVD and sat through it for 10 minutes at most—and that’s all I’ve seen. I don’t plan on seeing “Breaking Dawn.” I’m really happy that it’s over because it’s a really bad movie and a poorly-written book.”