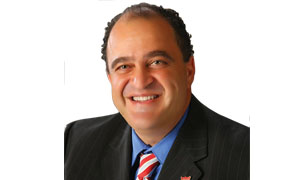 With the Texas pri­maries wrapping up this March and gubernatorial can­didates Wendy Davis and Greg Abbott going head-to-head in the race to be Texas’s first new governor in 14 years, it’s only natural for History Department Chair Steve Kramer to discuss elections and politics in his classroom. Politics can often be a touchy subject for students at Hockaday. More often than not, however, there is no way to keep the politicking outside of the Hocka-bubble.

Within the Hockaday His­tory Department, there are vary­ing views on the role politics can play in the classroom. Often, the study of economics and history closely intertwines with that of politics, and teachers find them­selves on different ends of the spectrum regarding how open they are with their political ide­ologies. While some teachers are quite frank about their political opinions when teaching, oth­ers are more discreet and prefer that their students not know their political preferences.

Upper School AP Econom­ics teacher Joni Palmer prefers not to bring her opinions into the classroom when teaching economic theory and policy. “My philosophy is that I hope to give students the tools so that they can analyze the problems, the policies, the solutions that are proposed on their own,” she said. While Palmer feels strongly about certain issues, she’s care­ful not to let her students know how she feels.

“I spend time thinking about even the words that I choose when I’m talking about certain policy measures that align themselves with politics,” Palmer said. “I think even the way you present a topic, even down to the way that your voice changes or the way that you ask questions could lead students in a certain direction.”

History Department Chair and Young Democrats Club sponsor Steve Kramer is one his­tory teacher who is very candid about his liberal views, not only in Young Democrats meetings but also in his classes.

“There are times when for whatever reason I will go on what I would call a rant,” Kram­er said. In both Kramer’s AP U.S. History, AP Modern European History and U.S. Government classes, he said he still encour­ages discussion, dissent and ex­ploration of beliefs.

“In my eyes, a teacher should play devil’s advocate no mat­ter what the student’s position,” Mayor of Frisco Maher Maso said. Maso said ideally teach­ers should not state their views, but they especially should not become very defensive of their position.

“In Government, for ex­ample, I will state my views, but then I’ll say, ‘Now those are my views and they may not be right,’” Kramer said. “So I try to encourage kids to come up with their own views.”

While the degrees of open­ness vary among teachers, one thing remains constant: all teachers want the girls to be able to express their views comfort­ably, in an informed manner that allows for varying levels of discussion.

“Ideally, I think leaving opinions out of the classroom would be a good approach,” said senior Anna Herbelin, co-found­er of the Young Independents Club. “Teachers should still have the right to express their beliefs, but every belief should be taken with a grain of salt.”

Palmer said she tries her very best to always tell both sides of every story, both possible eco­nomic theories and historical in­terpretations. “What’s interest­ing about economics is that two different economists can look at the same problem and the same data and come up with two no­ticeably different solutions,” Palmer said. “And the question is always: how is that possible?”

For example, one issue Palmer’s class looked at was the Great Depression and the na­tion’s emergence out of it. While one economist theorizes that the New Deal had the greatest influ­ence on America’s recovery, an­other argues that it was World War II and its demand for labor and production that sprung the U.S. out of its worst economic crisis in history.

“In a lot of ways, I think that my own political opinion might sway the way that students think about the problems,” Palmer said. “And I really want them to think about it on their own.”

Adrian Martinez, who sub­stituted for Palmer when she was on maternity leave in Sep­tember and October, had a stark­ly different approach to teaching economics.

Martinez was very upfront with his conservative political views before teaching the class and made sure the girls knew how that would influence his presentation of information and policy material.

“I don’t believe that you can fully segregate your personal beliefs from the material that you’re teaching,” he said. “It is in­evitable that your views will ulti­mately influence your teaching.”

Martinez doesn’t think his views did much to influence the students and their political preferences, but in fact, stirred up even more discussion in the classroom.

“Hockaday students are very independent-minded and strong-willed. I don’t think my powers of persuasion would convince them to go one way or the other in two months,” he said. “Part of it was even getting students riled up and stirring discussion.”

Often, the most vocal stu­dents in Martinez’s class were the liberal students. Martinez said they asked very tough ques­tions and challenged him on several economic theories and solutions. “Those girls responded very well, and it made for some very lively discussion,” he said.

Martinez said he did have one student who was a little more wary of his political discus­sions intertwining with the way he taught economics but that it didn’t detract from her overall experience and how much she participated in the class.

“I really don’t think that my politics inhibited students, and I certainly hope it didn’t,” Marti­nez said.