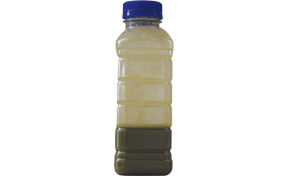 For a lot of Hockadaisies, eating healthy has been the fifth cornerstone of their lives. Recently, many girls have even taken this to heart to the extent of “juicing,” or extracting the juice from fruits and vegetables. The fad diet has led girls to believe that daily fruit and vegetable intake can be fulfilled with a few sips of a green elixir. However, evidence has shown that juicing may not be the healthiest way to reap benefits from fruits and vegetables.

Proponents of juicing argue that it allows bodies to more easily absorb vitamins, minerals and antioxidants extracted from fresh produce. Rather than eating two heaping servings of fruit and vegetables every meal, girls get their daily dose of vitamins in a single drink–a time-efficient way to pack in daily fruit and vegetable requirements. Junior Mary Frances Dagher did a juice cleanse over Christmas break to detox, or rid of toxins, her body and digestive system. Since then, she has continued juicing because of the benefits she experienced.

“It’s hard to get the exact serving of fruits and vegetables every day,” she explained, “and when you’re drinking it you know how many fruits/vegetables you put into that juice. It’s easier.”

In addition to helping the body remove toxins, or detox, Dagher believes that juicing can even ameliorate skin problems.

“I feel like drinking my fruits and vegetables rather than eating them clears my skin and helps my body get rid of toxins,” she said after experiencing the effects of her own juice cleanse.

But before running to Costco to purchase Vitamix, a new brand of fruit and vegetable blender/juicer, there are a couple things consumers should know. The lack of scientific evidence to corroborate the claims of juicing benefits has led to some skepticism. In addition, the FDA warns against juicing on its website: “When fruits and vegetables are fresh-squeezed, bacteria from the produce can end up in your juice or cider. Unless the produce or the juice has been treated to destroy any harmful bacteria, the juice could be contaminated.”

Dr. Irene Willingham, a retired dietitian and physician in Dallas, is ambivalent about the recent juicing craze for reasons other than the FDA’s warnings.

“It’s not a bad thing because it’s good that people are enjoying fruit and vegetables now,” she said, “but it’s really a shame when we just take the liquid off and leave all of the stuff that could really make us feel full and have nice fiber in it, and just be a more whole food instead of a processed food.”

Willingham explained the consequences of removing vital nutrients (in particular, fiber) from the fruit or vegetable.

“The fiber is what helps the body get rid of bad cholesterol and also helps the body to feel full,” she said. “There are some scientists that believe the body doesn’t recognize a liquid calorie in the same way it recognizes a solid calorie. If you’re drinking a lot of juice, it’s easy to not feel full or recognize that as something you consumed.”

But Senior Claire Coker, a notoriously healthy eater, advocates juicing.  “We have a juicer at home and I also buy juice from like Nekter [Juice Bar in Dallas] and Whole Foods,” she said. “Sometimes my mom will make orange juice, but I like buying vegetable juices because it’s harder to get your vegetables in but it’s easier to eat fruit.”

Her mother, dietician Didi Coker, agreed but cautions to use juicing in moderation.

Although juices can’t be replacements, they can be used as supplements and as a healthy way to detox. Dagher offered her juice cleanse as an example.

“I eased up into [the cleanse],” Dagher said, “first I took out heavy carbs. The next day I took out protein, and then the next day I only ate vegetables and fruit. Then I did a juice cleanse for one day. Afterwards, I eased myself back into a healthy diet.”

Looking for a recipe? Didi Coker recommends a banana blended with kale and a scoop of protein powder. “It’s my favorite combination!” she said.