Now that Dallas’s Ebola scare is over, the city has a new situation on its radar: Earthquakes. 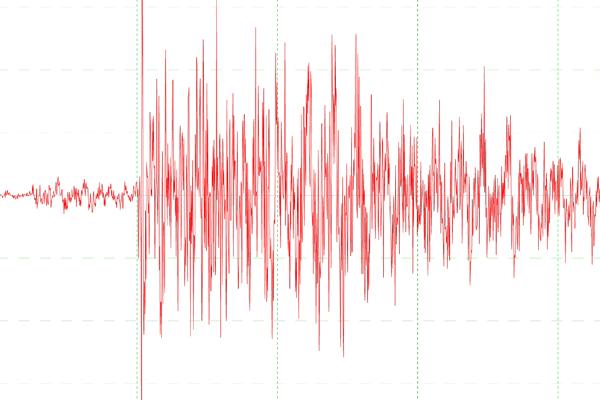 Within 24 hours, a total of nine earthquakes shook the North Texas region late Tuesday and early Wednesday. The tremblors ranged in  magnitude from 1.6 to 3.6, according to the U.S. Geological Survey.

Although the quakes were primarily centered in Irving, they could be felt in neighboring cities. But these movements in the earth’s crust are quite trivial for Alexandra Suarez, who teaches Upper School Spanish.

Raised in Mexico City, Suarez is no stranger to seismic activity. And after moving to the South Bay area of California as an adult, Suarez continued to feel earthquakes regularly.

“One of the times, all my frames and my pictures fell,” Suarez said. “The noise of the cracking of the earth and the noise of the glass was very disturbing to my daughter; she was about 10 years old.”

Last year, Suarez and her family moved to Dallas, and earthquakes were the last thing she expected to experience. On Tuesday, Suarez was in another teacher’s room when she felt the ground shake and heard the walls rattle.

Explaining her initial thought process, she said, “I reminded myself ‘this is Texas, not California; this is not happening.’ Maybe it’s somebody on the ceiling doing something.”

When she returned to her classroom, however, she immediately began researching and discovered that what she felt was, in fact, an earthquake.

“I’ve felt earthquakes around 7.3 and 6.8 in magnitude, and it was a 3.5 [on Tuesday,]” Suarez said. “It still scared me because it caught me completely off-guard.”

Junior Darcy Malican, a resident of Irving, was also quite surprised to feel so many quakes in such a short amount of time. In fact, the tremors have left cracks above her bedroom door and on the wall near her desk.

“They also knocked all my stuff off the top of my cabinet, so when I come home, all my stuff is on the ground,” she said.

While occupants of North Texas may feel a bit uneasy, Upper School Physics teacher Dr. Marshall Bartlett reassures that the earthquakes being produced are not a major threat to property or life.

“It’s an interesting question scientifically as to why they’re happening, but I don’t think they’re a serious concern,” Bartlett said.

What’s quite shocking to geologists is the lack of seismic activity in Texas’s history, however, Bartlett encourages students to ask questions.

“It helps us understand the new picture of the geological setting in which we live a little bit better,” he said.

Although the exact cause of this natural disaster in North Texas remains unknown, there is some speculation that it has something to do with oil and gas development that’s taking place in the Fort Worth basin, according to Bartlett.

“As you withdraw fluids from the ground, the pore space that’s left behind can become unstable and you can get what are called subsidence earthquakes, where the pores essentially collapse on themselves,” he explained.

While this is one possibility, evidence shows that in other locations with similar activity, this explanation does not hold true. The U.S. has been developing oil and gas for quite some time, and these sites have not seen the same level of earthquake activity.

Another theory, according to Bartlett, explains that the fluid being injected into the ground in order to do hydraulic fracturing, which requires putting high-pressure fluid in the ground to break open rock pores – essentially creating small cracks in the rock that gas and oil can then migrate to – is being used a lot more than it has been in the past. Since more fluids are being put into the ground, they could be lubricating existing faults.

“It’s sort of like if you have a door hinge that’s stuck and you put a lubricant on it — things will slide more easily,” Bartlett said. “Faults in the ground work in the same way, and some of the fluids we’re putting into the ground may be functioning as lubricants to pre-existing faults, allowing stress that was built up on them but unable to be released because they were stuck to now be released as the move past each other.”

In order to truly understand why these earthquakes are happening, Southern Methodist University has begun placing seismometers, instruments that record data about quakes, across the metropolis. A detailed explanation won’t be revealed until SMU collects and analyzes a sizable amount of data.

In the near future, there will most likely be more earthquakes in the DFW area with the same magnitude range of one to four. But as new data is slowly being made public, the Hockaday community can begin connecting the dots and learning more about these tremblors.

“We can do some things like work with students to do our own analysis of where the earthquake occurred, what depth the earthquake occurred at, and what the initial motion of the earthquake was, which is interesting: the ground can be both compressed together or stretched apart in an earthquake, and depending on which kind of motion arrives first, that tells you something about how the fault was actually moving,” Bartlett said.

Join Dr. Bartlett and other representatives from the science department for a Q&A session today at 3 p.m. in Clements Lecture Hall.