A Look inside “The Outsiders” 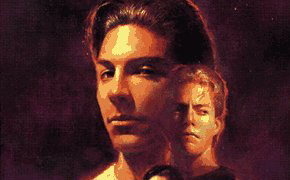 “The Outsiders” written by S. E. Hinton is an incredible novel that follows a boy who is confused on the stereotype of which he was born into, enlightening readers still today about current societal issues.

Ponyboy and his two older brothers are considered “greasers,” an East Side gang. “The Outsiders” not only follow

the greasers but also the “socs,” the rich West Side gang. With these two completely different gangs present in S. E. Hinton’s novel, it shows the social effect on all teenagers.

Between each interaction with the greasers and socs, both gangs stress the same point; there is more to a person than their physical and social appearance. S. E. Hinton uses this a driving theme throughout the novel but it also represents as a driving factor in current teenagers’ lives.

Greasers automatically assume that the socs do not feel deep emotions because their amount of money only causes them to sense material goods. S. E. Hinton proves this accusation to be wrong with an event that causes the two gangs to eventually see past the societal boarders that separated the two.

When Johnny, a member of the greasers, and Ponyboy decided to cut their long hair, an iconic symbol to their gang, a lot more than their hair fell off. With the long hair gone, the boys also cut away at their stereotypes that had chained them before, leaving them free from the negative connotation that came along with the long hair.

S. E. Hinton’s novel “The Outsiders” is an outline to all types of teenagers, stressing that a stereotyped group is only made up of collective but diverse individuals.