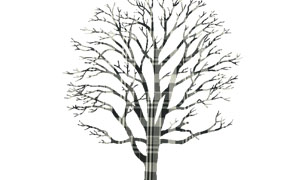 Ask anyone, and they will tell you I love Hockaday. My senior ring is my most prized possession, my uniform is my favorite outfit and the centennial luncheon was my favorite day of 2014. I am a die-hard daisy. And so, as my hocka-days grow to an end, it has become my mission to expe­rience as much of this wonderful place as possible.

Fine Arts has never been my forte (obvi­ously — I chose Four­cast over choir or studio art). Yet, it has been a vital part of so many people’s time here. So when I found out that this year’s mu­sical was going to be the “Sound of Music” (only the best movie ever), I made the impromp­tu decision to sign up for costume crew.

I found myself in a part of the school I had never been to before, let alone knew existed: the set room behind the stage. That first day was interesting to say the least. Walking in, I was surrounded by people who I had seen these last four years but still had never really spoken to. This was their world, and I was the new kid. It was an adjustment, but it soon became my favorite part of the day. From 4 to 6 p.m. every school day, we sewed, tai­lored, decorated and painted.

We were in full throttle. Within days, I started to see the world of the “Sound of Music” appear before my eyes, from the painted mountains to the Captain’s Mansion.

Never had I fully realized that the set crew actually takes a piece of wood, cuts it and hammers it together, to make every single piece of furniture for the stage. We were respon­sible for the show.

And then came produc­tion week. The grumbles I had heard about this week over my three years in high school all proved to be true. We ran the show a to­tal of seven times in seven days, and I began to long for the stress-free weeks of the Junior Re­search Paper or college essays. Despite the sleep deprivation, I was having the best time, applying makeup and racing through quick changes.

So when the final curtain closed on our Sunday perfor­mance, I didn’t want it to end. The musical had become one of my favorite parts of senior year, and I was so immensely proud of the show we had made from scratch.

I wish I had more years of costume crew to look for­ward to. Freshman year, I had told myself to pick “a thing” and make it mine, and obviously I’ve loved every sec­ond of doing com­munity service, my chosen thing, but I thought that meant I couldn’t do any­thing else — a false no­tion I think we have all fallen guilty to.

Since I never consid­ered myself an artsy per­son, produc­tion was not even on my ra­dar. I had lim­ited myself by defining my role here. Hockaday is overflowing with fun clubs and ac­tivities to try, and I urge everyone to take advantage. There won’t be many more opportunities in life where you can just decide to be part of a 60 cast member musical just for fun. My sug­gestion: don’t label yourself, either as an athlete, academic or whatever it may be. Try everything that sounds fun to you. You don’t want to leave high school with any regrets.