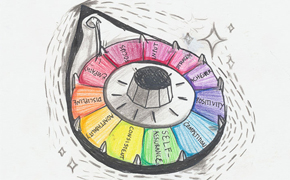 As a newly elected mem­ber of the Student Council, I was invited to a “Strengths and Lead­ership” workshop on April 9 by the school. To participate, I took a “Strengths Finder” quiz, creat­ed by Gallup, which would then name my top five strengths. While the poll results should have been positive and affirm­ing, they left me concerned, upset and more than a little confused.

I’m only 17 years old, so it seems to be a bit of a misnomer as dubbing this my “Quarter Life Crisis.” But here are my rea­sons for why I think the name still holds true:

Crises, which usually arise out of intense person­al conflict, often call the values you hold dear into question—which definitely happened here.
I seemed to be a little young to have my midlife crisis.

Initially, I was uncon­cerned about the workshop the Student Council was supposed to attend, because to me, it was fairly reminiscent of the “group bonding exercises” we did at Mo Ranch (which, quite frankly, did not work as they were awkward and too con­trived). However, I was assured of this program’s legitimacy, and I took the online quiz in order to participate.

When I started to take the survey, I knew that some­thing was off. I was given vari­ous “would you rather” type prompts. The options that I was given were arbitrary and more often than not, I was forced to pick an answer that I wouldn’t have chosen in real life. In these ways, the survey itself already seemed to be lim­ited in scope.

As soon as I was finished the 100-odd questions I had to answer, I was given my “top five strengths.” In the interest of full disclosure, the traits that I got were as follows: analytical, intellection, input, learner and discipline. And in fact, I don’t disagree with my traits — I actually whole­heartedly agree with them.

But I distinctly remember feeling frustrated and very, very misunderstood about my results. My discontent grew as we went around the work­shop group and compared our analyses — as it turned out, most of my traits fell un­der the “strategic thinking” category, while most girls usually fell into the “relation­ships” category. To me, those “relationship” traits seemed to evoke warmth and friendli­ness, while my own “strategic thinking” traits conjured up the image of a cold discipli­narian — and that’s not who I am. I consider myself a com­plex, multivariable person, and my life goes beyond the five words I was assigned. To sum myself up in five words made me feel boxed in and re­stricted. Nor do I want to now consciously act in a certain way to affirm my labeling. I want to act however I want, in whatever way I want to, inde­pendent of any labeling.

For this same reason, I won’t take a Myers-Briggs personality profile test. To me, labelling myself neatly into a simple four letter combination seems to be an extreme limi­tation of my personality — I wouldn’t be able to describe myself in just four words, so why should I limit myself to just four letters?

The whole point of your teenage years is to grow and discover yourself personally. To have a specific label seems counterintuitive to my per­sonal growth.

I’m not against personality quizzes as a whole — although Buzzfeed quizzes are enter­taining, they aren’t trying to seriously pinpoint your personality and change. They’re facetious, and tak­en rightly so. I can’t name a single person who makes major life deci­sions and heavily self-reflects after a Buzzfeed quiz. But other, le­gitimate quizzes have the capac­ity to change one’s view­points and val­ues, and this power has the potential to be significantly detrimental.

Human na­ture is complex, wild and unruly — in the best way possible. To limit oneself to four or five arbitrary per­sonality traits seems to limit that very nature.