Battle of the Celebrity Apps 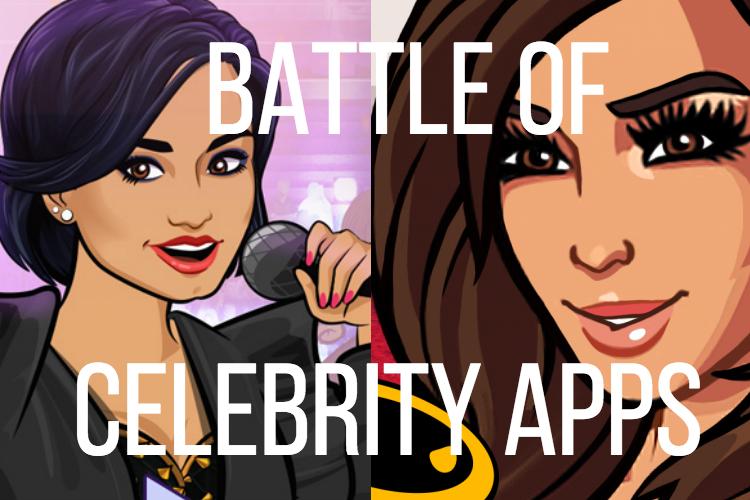 The Fourcast’s Amanda Kim compares Kim Kardashian and Demi Lovato’s mobile games and, in the process, makes it obvious that she should never, ever be famous.
Finally, after sixteen years of hard work and perseverance, I can finally say it: I’m a celebrity.

Okay, maybe that’s not entirely true – but after spending a day playing Kim Kardashian and Demi Lovato’s mobile games, I sure do feel like one.

Almost everybody knows about the Kim Kardashian game by now. Officially titled Kim Kardashian: Hollywood, the app was put on the App Store in June of 2014, and in the first five days after its release, the game had already made $1.6 million. Demi Lovato: Path to Fame is newer (having been only published in August 2015), and has racked up a 4.5 out of 5 star rating on the App Store. Kim Kardashian’s game has the same rating.

So clearly, both games are a good download. But which game is more worth your time?

In the Kim Kardashian game, you start out by customizing your character, who can be either a boy or a girl. I’d like to note that the game spells customize with a k – as in kustomize. I could not make this stuff up.

I decided not to waste any time “kustomizing” my character, so I went with the randomized character I was given and started the story as a lonely, fame-seeking cashier in a clothing store. My boss orders me to lock up and as I’m doing so I run into the one, the only: Kim Kardashian!

Kim (yes, we’re on a first-name basis now) begins to whine about how she’s had a fashion emergency and could I please open the shop back up for her? In case you’re having a moral dilemma here, don’t worry – the game decides for you.

Although you’re given dialogue options, you’re not allowed to say no, and you eventually give Kim a dress for FREE. Yes, you heard me right: they make you give a free dress to the one person who could afford it.

Thankfully, in return for your kindness, Kim sets up a photoshoot for you, and then invites you to a party and puts you in contact with a talent agent. It was at this point when I quit out of boredom. The game is fun enough, sure, but the plot is heavily structured and you aren’t allowed to make any decisions that will seriously affect your outcome.

The Demi Lovato game, on the other hand, is a different story. You start out by customizing your character (with a c, thank God) and choosing a name.
Of course, I gave my character a charming name, fitting for America’s future sweetheart. 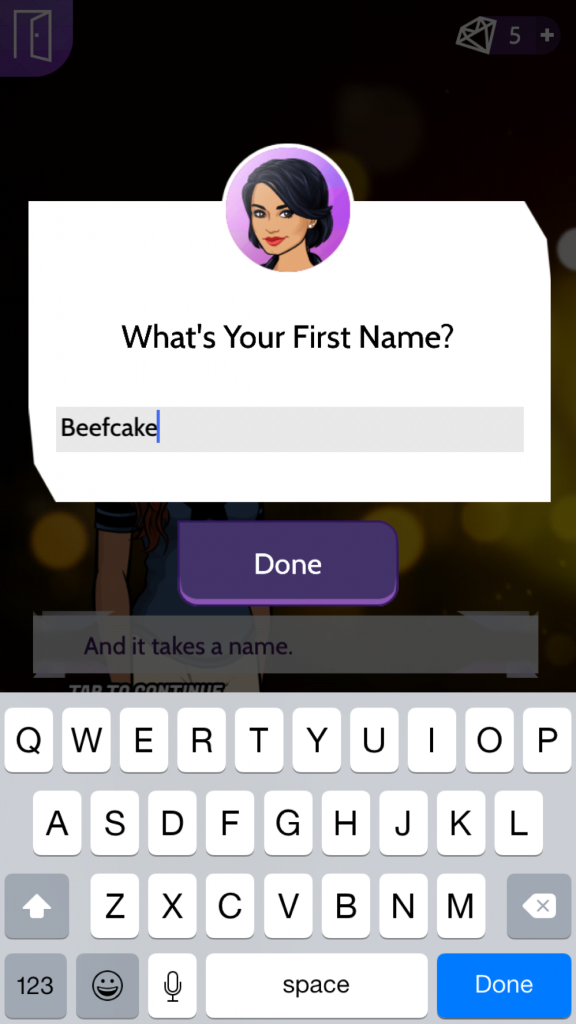 After I’d finished beautifying Beefcake, I headed on into Demi’s world to see what all the fuss was about.

You begin by running into your old ex-boy/girlfriend. In Demi’s game, you can only be a girl and you don’t get to choose your sexuality. In Kim’s game, however, you do get to choose which gender you’d like to date, which I think is a cool feature.

Anyways, you run into your crusty ex and he asks you out again. One thing I noticed in the dialogue options is that you actually have the option to be rude to people, which I really loved. Regardless, this is still a somewhat-structured game, so you have to eventually accept to go on a date with him.

Then your best friend, who you get to name and customize, calls you excitedly and exclaims that she’s in line to get tickets to the Demi Lovato concert.

You go to meet your bestie (who I lovingly named Fungus) and you don’t get tickets, although you do manage to sneak back stage after finding out that Demi Lovato is holding a singing competition, and whoever wins gets to go on tour with her. Your name makes it on the list and you get to perform for a screaming crowd!

Unfortunately, you don’t win. Fortunately, it’s revealed that the girl who beat you wasn’t singing an original song like she claimed, and she’s disqualified, leaving you as the new champion. Onwards to fame!

The option to be rude to people gave me an idea, and I wondered if it was possible: just how unlikable could Beefcake be? Apparently, you can make your character pretty horrible if you’ve got the mind to. At first I settled for the basic things, like being snippy with people and acting conceited, but I soon decided that this wasn’t enough. Beefcake needed to step up up her game. So a new question popped into my mind:
How badly can I mess up Demi Lovato’s life?
It turns out that you really can disrupt Demi’s tour. I held up the tour buses, got the guitarist and the opening act to hate each other, ripped costumes, and continually fought with Demi’s backup singer.

Eventually, believe it or not, I actually got kicked off the tour, and that’s where the game ended for me.

All in all, I feel like I wasted a significant amount of time playing these games, but I can’t say it wasn’t fun. While I’d recommend doing something a little more productive with your time, it was hilarious making Beefcake the most aggravating human being ever.

If you’ve got a lot of free time and you’re looking for a game to play, download Demi Lovato: Path to Fame instead of Kim Kardashian: Hollywood. Trust me – I’m a celebrity.